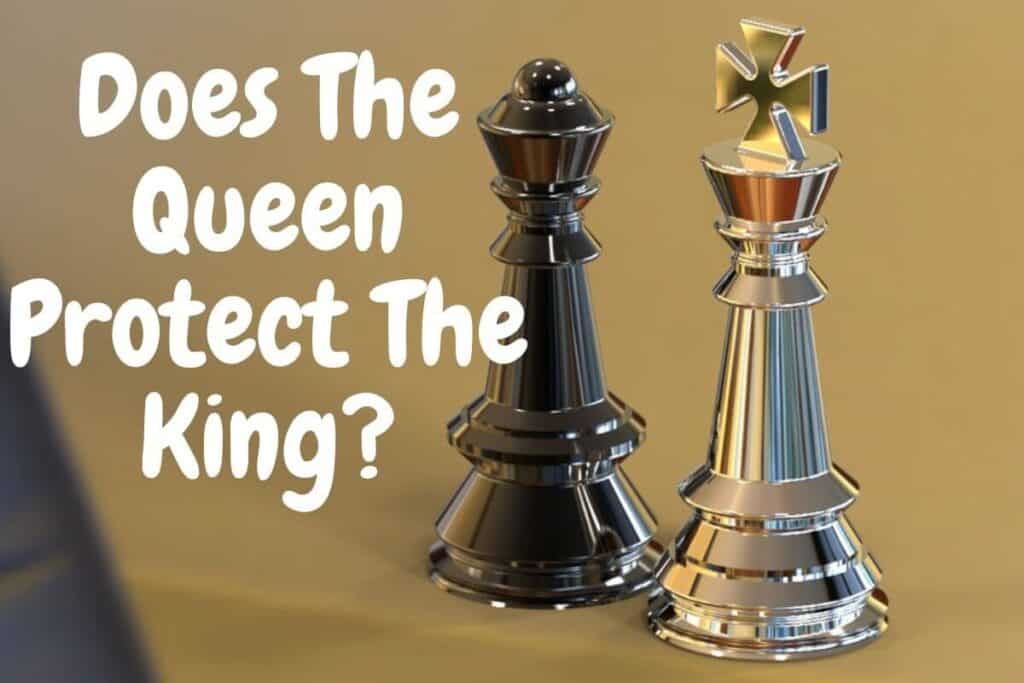 The protection of our king during the early stages of the games is quite critical. If we are to become a better chess player, we must know how to protect our king and what pieces should be involved in safeguarding it from attacks and threats of the opposing side.

At the beginning of the game, the king and the queen stands next to each other and so one may reason that the queen helps to protect the king. This is far from the truth. Let’s take a look as to why this is so

Does The Queen Protect The King

The queen is not the ideal piece to protect the king in a game of chess because it has other important duties to attend to. The queen is usually out there attacking the enemy king with the help of other developing pieces.

Because the queen is the most powerful piece on the board, it must use the power that it possesses to harmoniously execute an attack against the enemy king.

How To Protect Your King

We talked about how critical it is for your king to be safeguarded during the chess game, but what pieces should you use to help protect it?

Well apart from the Queen, the rook and pawns are the ideal pieces to protect and safeguard your king. Let’s have a deeper investigation.

The Role of The Rook In Protection of the King 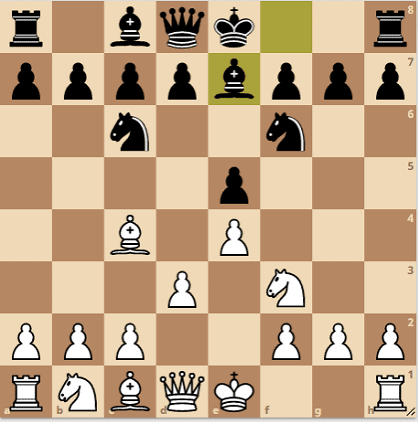 In the diagram above, it is white turn to move. The king is still in the center of the board and it needs to be tucked away safely in a corner for its own protection. The best way to achieve this is by castling.

Castling is a special move in chess that involves both the king and the rook. It is done by shifting the king two squares to the right and then bring across your rook as shown in the diagram below.

The white king is protected by means of castling 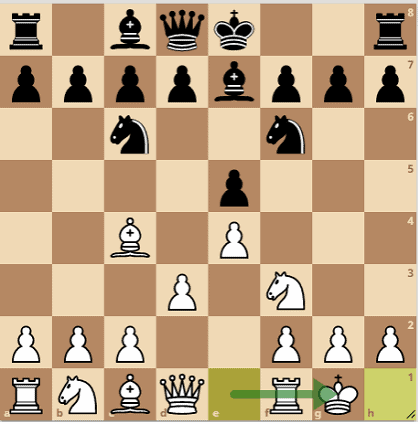 The rook played an instrumental role in protecting the king. The king can now feel rest assured that it is well protected from the threats of the enemy pieces.

Related Post: How does the king move in chess

The role of pawns in protection of the king

Pawns are actually the ideal piece for the protection of the king. Because the pawns aren’t worth that much in the game, they can easily sacrifice themselves to stop any attack that tries to harm the king.

When a king castles on the kingside, it is usually safeguarded by three pawns on the second rank. Our last diagram illustrates this (pawns on f2, g2 and h2).

Because the pawns on the kingside play a significant role in protecting the king, we should be careful not to move them as much since that will cause weaknesses in our position which can exploited by an enemy piece.

How The Queen Protects The King In The Endgame

Earlier I pointed out that the queen plays no role in protection of the king usually in the opening and middlegame. However, there are cases where you may need to use your queen to shield your king away from threats of the opposing side. One big example is a Queen-Pawn endgame.

In this endgame there are only a few pawns left on the board and each side still has their queen on the board. In these positions, perpetual checks are quite common and its up for you to escape these ongoing checks. Using your queen to block the checks from the opposing queen is a good idea. 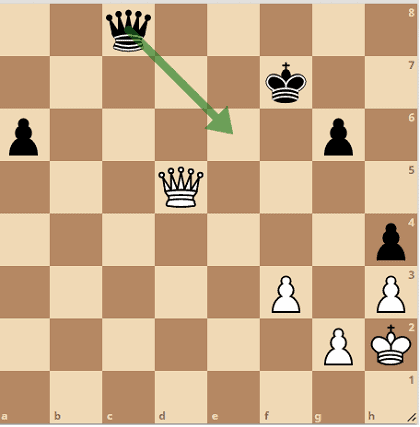 In the diagram above, the Black King is in check. Black should use his queen to intercept the attack illustrated by the green arrow. 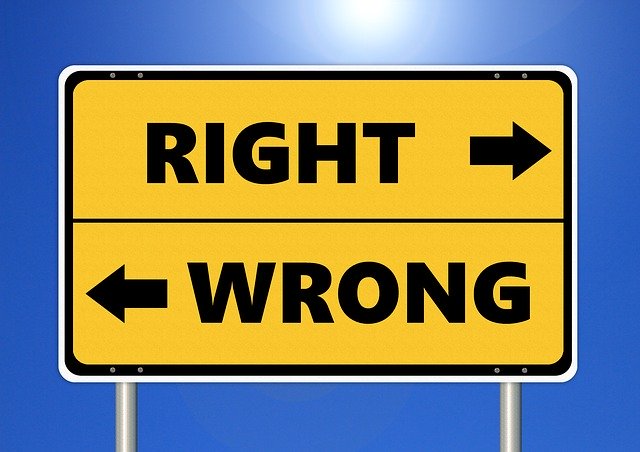 When it comes to chess, there are some dos and don’ts that you need to take care. In this article, we will look at some of these. Dos of Chess The very first thing to do is keep asking yourself questions. These questions should be along the lines of… What is my opponent up to? […] 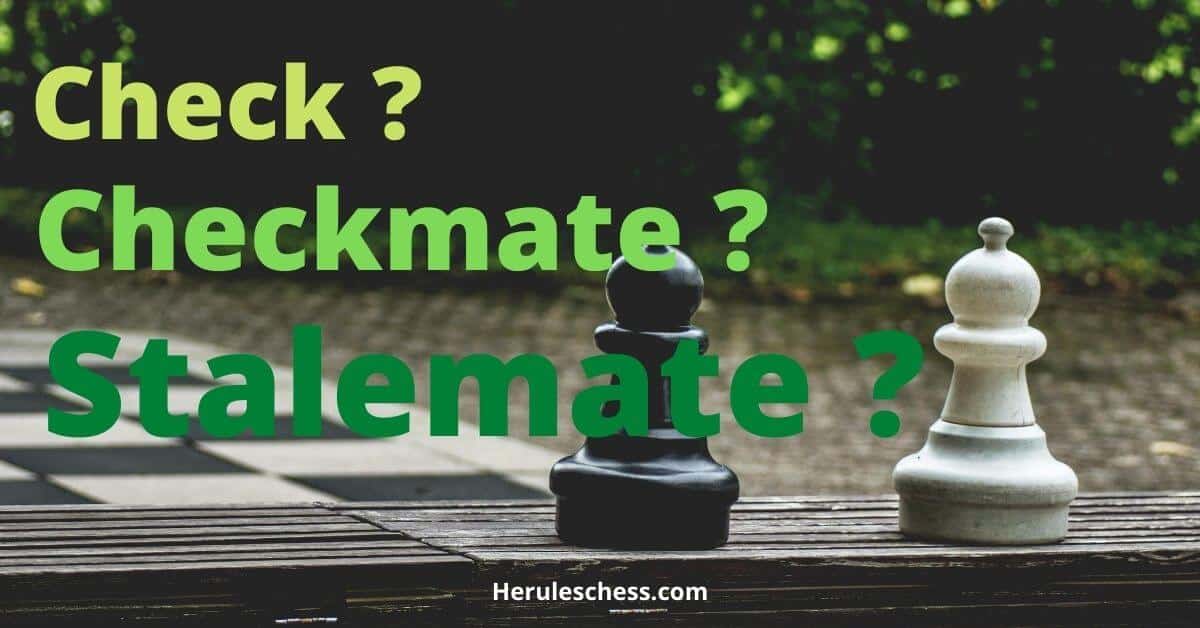 It is important that beginners understand the difference between check and checkmate. It is obvious that “check” and “check mate” are not the same thing. These are two different terms and are not to be confused with each other. It is safe to say that the check precedes the checkmate. A check is when the […] 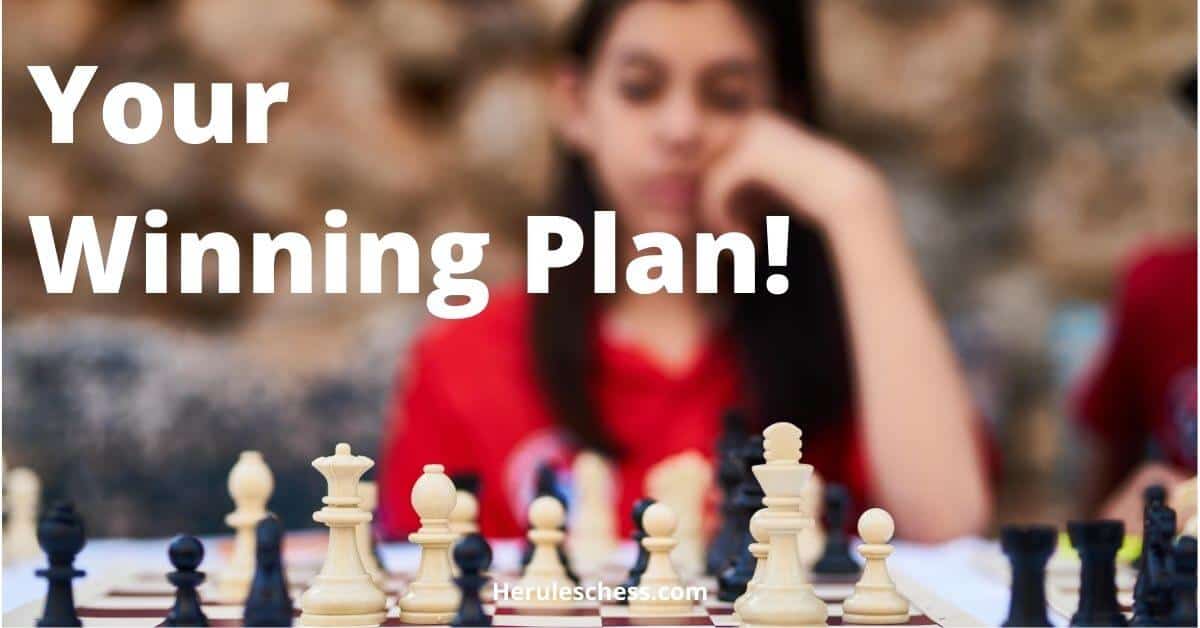 10 Tips To Winning A Chess Game

In this article I have highlighted certain tips that may help you win the game and become a stronger chess player in the future. Let us go over them in detail. 1. Memorize openings In one of my latest articles, I went over numerous different openings that are used in chess and spoke about some […]