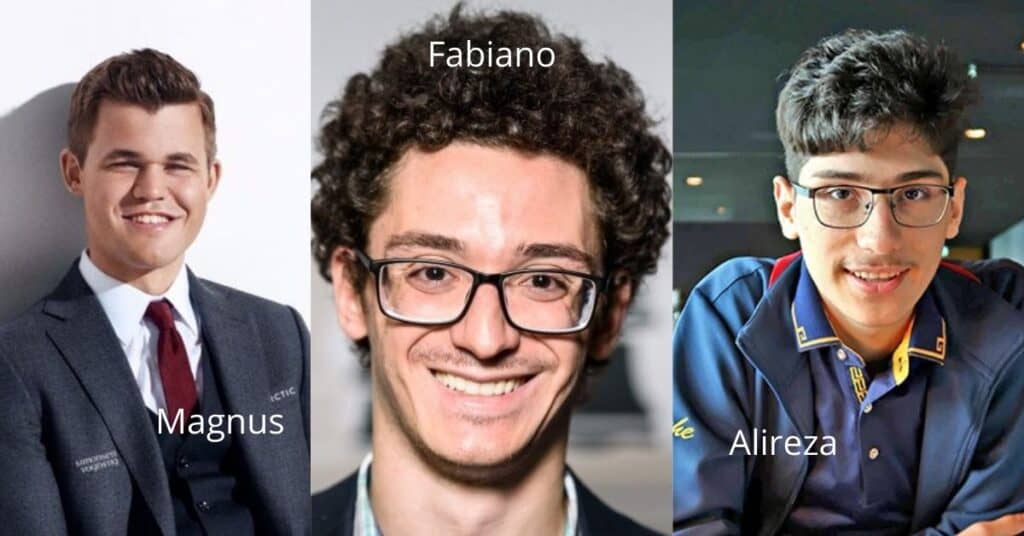 The grandmaster title is the most prestigious award in chess. It is handed to players who have demonstrated stellar performance at the top level and have met FIDE requirements. Some of your favorite grandmasters today have earned this title from an early age. For example, World Champion Magnus Carlsen, Fabiano Caruana, Alireza Firouzja, Praggnanandhaa and Wesley So, all achieved the grandmaster title before the age of 15 years old. 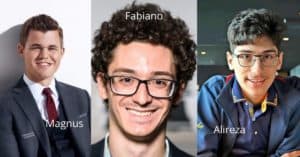 I know what you might be thinking, “I could never achieve mastery at such a young age, it would take some great stroke of luck for me to become successful.”

Well, that couldn’t be further from the truth. You see, many of these players had developed an obsession for the game. They had begun playing chess from around 5-7 years old and had the proper training system, not to mention the encouragement and support from family and coach.

However, as you grow older it becomes much more difficult to successfully earn a grandmaster title in chess. You will be bombarded by school, college or responsibilities at work that can take up valuable time needed to improve at chess.

How Long Will It Take You To Earn A Grandmaster Title

How long does it take to become a grandmaster? According to sources, It takes around 8-12 years minimum for a focused individual to meet FIDE’s requirements of earning a grandmaster title. Of course this will depend on your enthusiasm for the game, level of commitment, skill and hard work.

It is important that you know and understand FIDE’s requirements if you have any ambitions of earning the grandmaster title someday.

There are 2 current FIDE requirements for earning a Grandmaster Title:

9 Tips To Become A Grandmaster In Less Than 6 Years

We know how long it takes on average for a serious player to achieve the grandmaster title and the many factors that could prohibit this achievement, (time being the most important). While 8-12 years may seem like a pretty long time, it is possible to reduce that number by 50% if you follow the exact steps that I’m about to mention. This could save you all the hassle and the potential time wasted.

1. Develop a proper ‘System Of Thinking’

In one of my articles ‘How to think like a grandmaster’ I mentioned how critical it is to develop a system of thinking if you wish to see consistent results in your chess games. Every grandmaster have their own thought process that they use to find the best move in a given position. If you don’t have the correct system of thinking, you will NOT progress in chess, even if you read all the books and take all the courses. This is why some the youngest chess players can outplay an old veteran. They simply have developed the correct system of thinking in a short space of time. Luckily for you, you can get to discover the secrets of how grandmaster’s think by reading the article here, or better yet by taking a FREE course created by international grandmaster and chess coach Igor Smirnov. Click here to get access

2. Analyse the games of the greatest players in history

A famous quote: “If you want to become successful, It’s better to learn from someone who has already achieved your goal.”

Analysing the games of Magnus Carlsen, Kasparov, Fischer, Karpov and Anand is a great way to improve at chess. You will learn each of their strategies and deploy it in your own games. If you are learning from the masters themselves then you have set yourselves apart from the other rest of players who are just relying on the of use chess engines as their holy grail.

A great practice exercise is to setup the chessboard and guess the moves of both sides. By doing this, you will learn how it feels to play like a master which will give you the knowledge and confidence in your own games.

While it’s a great idea to analyse the games of the masters, it is equally, if not, more important to ANALYSE YOUR OWN GAMES. When you analyse your games, you are learning from your mistakes and thus you will NOT make those mistakes twice. Click here for a FREE 30 min lesson with GM Igor Smirnov.

Playing against a low rated chess player will only hinder your progress in chess and boost your ego. When you play against strong opponents (e.g 2400 ratings) it will force you to raise the bar and to compete at your highest. You may lose miserably, yes your ego may be hurt, but you get to understand how much of a weak player you were and this forces you to go back to the drawing board. The more you surround yourself with titled players, is the greater chances you have of developing your chess skills.

Calculation is what makes a strong player and many grandmasters can calculate up to 5 moves deep(or more). Solving chess puzzles and learning mating patterns can all help to improve your calculation skills. I recommend you do at least 3 tactical puzzles everyday.

Set up the puzzle on an actual chess board and put 10 minutes on the clock. Then begin your calculation by spotting 3 candidate moves. Analyse and assess the position for each move and whichever one that yields a positive verdict is the move you should make.

Creativity is what mainly differentiates a grandmaster from a decent chess player. It’s what makes most World Champions great. To become a creative player requires a certain level of risk, confidence and insight of the game that many players will skip over. It’s not something to teach, and it usually comes out during your dire moments when you need a win. So if you are wondering why some of your games ended in a draw even though you had little to no inaccuracies, then it’s probably because you weren’t creative.

I usually tell students NOT to focus too much on the opening phase. However, as you climb higher up the ranks, you will start to face tougher opponents that are so well prepared in the opening that even the slightest inaccuracies could cost you the game. When you touch around 2100 elo points, it’s a great idea to start expanding your knowledge in the opening.

Prepare a few sidelines and opening traps that could lure your opponent off guard. But be careful NOT to indulge too deep in the theories, as you could waste precious time needed for other important areas of the game such as positional understanding, endgame knowledge and calculation.

Some players throw endgame knowledge out of the window and this is how grandmasters exploit their opponent’s weakness. All a grandmaster needs to do is lure his opponent into the endgame and beat him with knowledge and experience. Don’t let that be you. It’s very important that we know some level of endgame theory if we want to completely master all areas of the chess game.

I think the endgame is equally as important as the middlegame as it can be the deciding factor of who wins and loses the match. Click here to learn the 10 tips to mastering the endgame.

8. Develop your Positional Understanding of Chess

Your positional understanding is pretty much how you internalize the position of the game. If you don’t understand the nature of the position and how the pieces are placed, then it will be hard to construct any feasible plan. You will just make one blunder after the next and soon you will end up losing the game. Your positional understanding in chess is by far the most important aspect you need to learn if you wish to become a grandmaster in less than 6 years.

Last but no least is your diet and exercise. When you are sitting over a chess board for long hours, it can be quite physically exerting and your concentration can lapse if you aren’t careful. It’s therefore essential that you take good care of your health before playing in any tournaments. Many grandmasters and even World Chess Champions advocate the need to be in a good physical and mental condition.

Magnus Carlsen does his opening preparation on a treadmill and enjoys playing football. He will carry his personal chef to tournaments to maintain his strict diet. The former world champion, Vishwanathan Anand, often goes swimming and before the world championship match in 2013, Vishny decided to lose a few pounds as he wanted to be in excellent shape before his encounter with Carlsen.

Final Verdict – Are You Up For The Task?

It’s quite possible to become a grandmaster even with no prior experience to chess. All it takes is the right training, support and commitment to the game. Earning a grandmaster title within 8-12 years not to mention 6 years is NOT typical. You will only achieve this based on your hard work and skill. Nonetheless, this article should give you an understanding of what it takes to become a grandmaster and how long it will take to achieve it. Best of luck 🙂 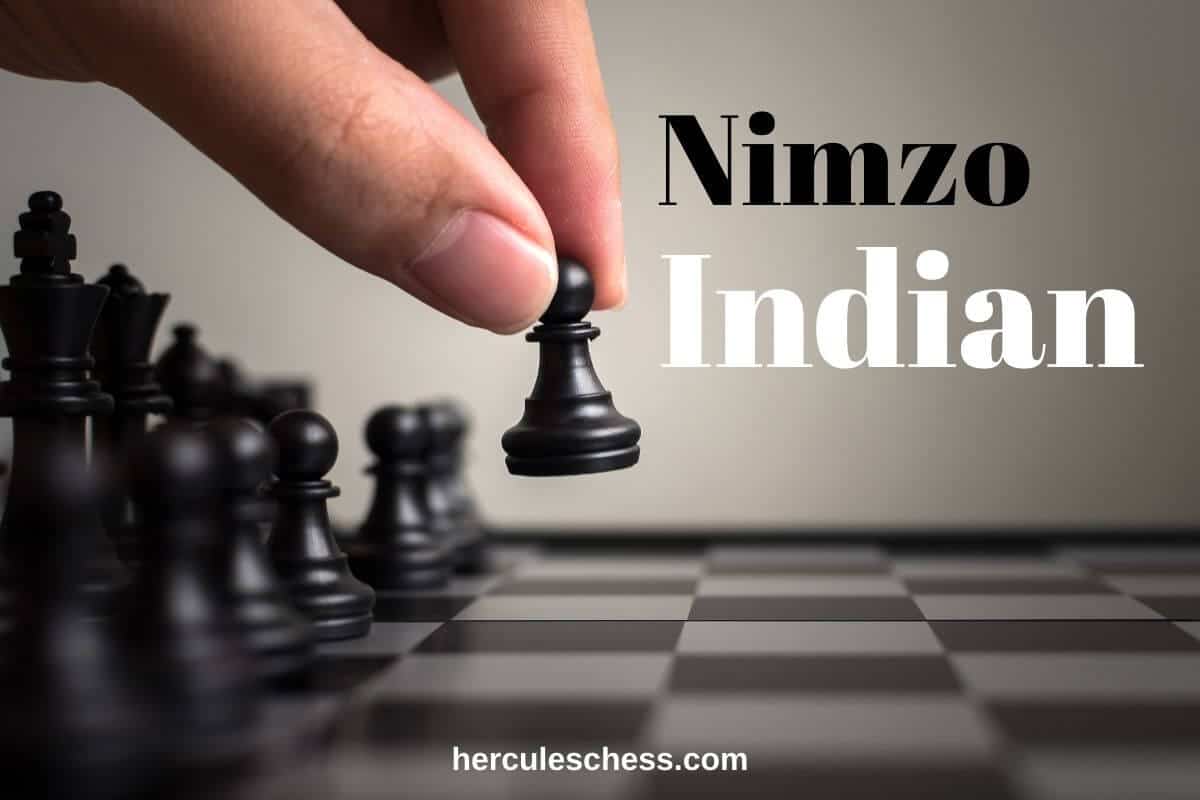 How To Play The Nimzo Indian Defense Chess Opening

In this article we shall take a look at the Nimzo-Indian Defense chess opening. This is the most popular reply to the Queens pawn opening. The Nimzo Indian Defense begins with the moves 1.d4 Nf6 2.c4 e6 3.Nc3 Bb4 This is a “hypermodern” strategy, which is why it is labeled as an “Indian” defense without […]

Chess hustlers are players who compete at the chess board for money. Most of them can be seen hanging out in parks, mainly in New York City. Some may talk a ton of trash, cheat and play for small amount of money, while there are others that actually make a good income from the game. […] 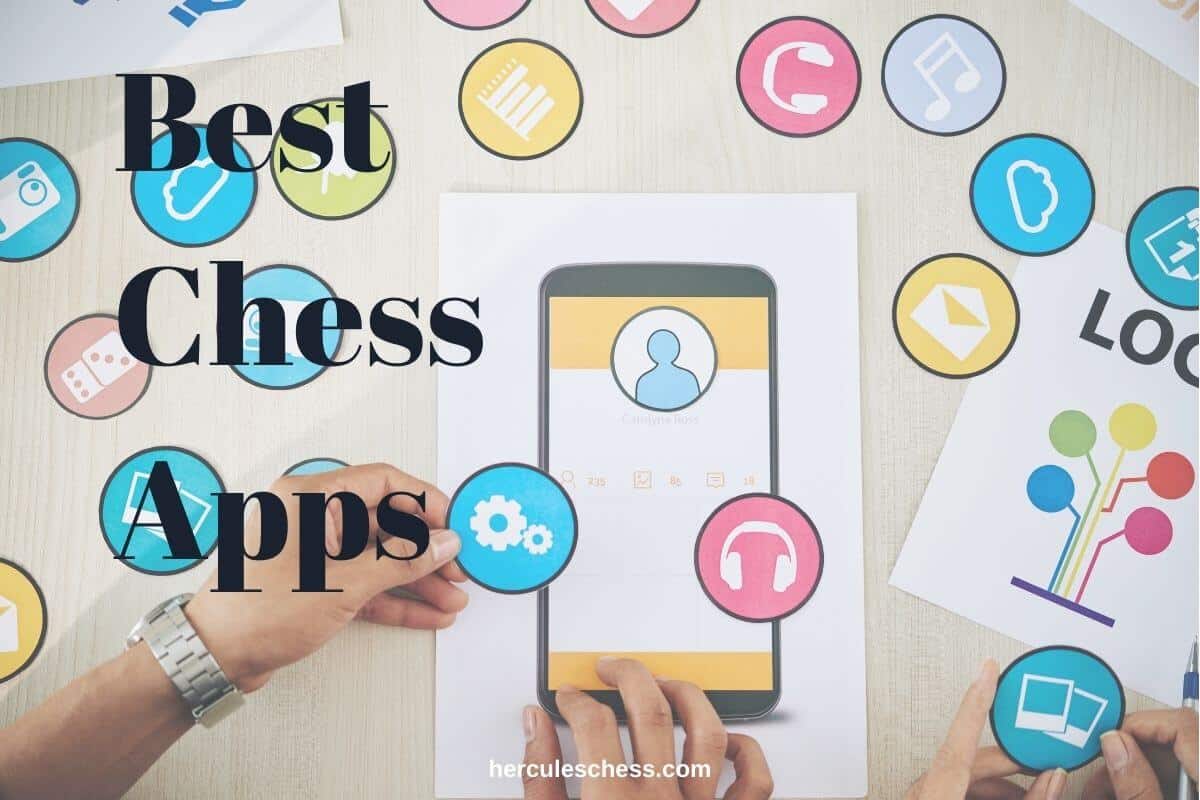 Chess apps are a convenient way to learn and play chess with friends. Most of the top chess apps online allows you to connect and play with anyone in the world. In this article, we shall take a look at the best chess apps that you can download on your android or iOS device. These […]