How Many Chess Games Are Possible? This Will Blow Your Mind!

Have you ever wondered how many games of chess can be possibly played on a chessboard? Well, according to major sources, there is a popular fact that the number of games of chess is greater than the number of atoms there are in the observable universe. This number of games is known as Shannon’s number,  and later in this article you will see how it was worked out. I will try to keep it as much simple as possible for you as I know most people aren’t a big fan of huge numbers. With that said let’s jump right in and find what is this Shannon’s number.

How Many Chess Games Are Possible – Shannon’s Number Explained

In 1950, an American Mathematician by the name Claude Shannon wrote a magazine “How To Programme A Computer For Playing Chess“. In that paper he came up with an estimate that the number of games of chess would be 10120 . That actually beats the number of atoms in the known universe which is estimated to be 1078 to 1082 atoms. That’s a huge number!

But how did Mr.Claude came up with the number 10120? Well, the first thing Shannon did was to look at some games of chess. After some intense thinking, he noticed that on average, in any position, there are about 30 legal moves you can make. Take for this illustrative example below:

Black to move has 37 possibilities to choose from 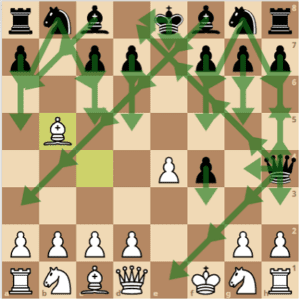 You can try it for yourself. Take any random position from any of your chess games  and count how many legal moves each side has. It should be close around 30.

Now, the average game in a single chess match is worked out to be 40 moves long which is what Shannon suggested. That will be 80 plies in total for both players. And, since the average number of possible moves a single person can make is 30, the next thing Shannon needed to do is simply represent the sum of the possible games of chess as 3080≈ 10120

Of course this is just an estimate. But all in all it does makes sense. 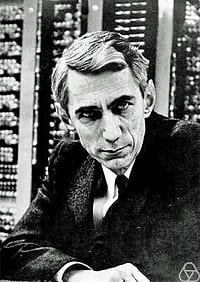 Although Shannon estimated 10120  no one knows for sure the exact number of ways a chess game can unfold simply because the number is so huge no one will invest the effort to calculate the exact number. Only God can tell us that. Nonetheless, mathematicians have calculated at least for the first 5 rounds of moves (10 plies in total). After each player has moved a piece 5 times each there are exactly 69,352,859,712,417 possible games that could have been played.

Let’s work out the first turn of moves. For the first move of chess, white has 20 legal moves to choose from. 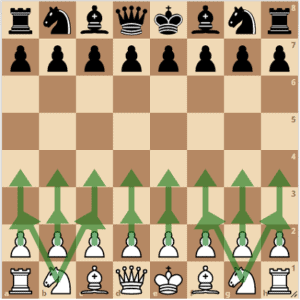 The next move goes to Black who also has 20 possibilities to choose from.

Therefore after both players make their first move, there are 20×20= 400 possible board setups exist already after the first round of moves. After the second pair of turns (4 plies), there are 197,742 possible games, and after third pair of turns, 121 million.

If you look at how fast the sequence have grown for just the first 5 moves, can you then imagine how many chess games are there all together!

Can A Chess Game Go On Forever?

In theory, a chess game cannot go on forever since the fifty move rule and the three move repetition forbids it. What this means is if after 50 moves without a capture or moving a pawn, the game should be declared a draw or when the same position appears three times according to the three-move repetition. Even if you do your best to make the game go on forever, you will inevitably face the fifty move rule or run into some repetition.

In theory, the longest chess game can be anywhere around 11,800 plies according to several Mathematicians. This is of course invoking the 50 move rule and three-move repetition since the game will just go on forever. While there are disagreements with this number, it’s really not by much. (alternative source)

Nonetheless, the longest chess game we know on paper lasted for 269 moves and took 20 hours and 15 minutes to complete a drawn game (Nikolić–Arsović, Belgrade 1989). This however did not invoke the 50 move rule and so it went on longer than it should. In fact, back then you could have made 100 moves without any pieces being captured or pawn moves.

Remember when we said that the average move in a chess match works out to be 40 moves which Shannon uses to  calculate his estimate? Though that may seem practical, it’s no where to be true on paper. An English Mathematician by the name Godfrey Harold Hardy tried to estimate the possible games of chess, and his number was 10^10^50 That reads 10 to the power 10 to the power of 50. Shannon’s estimate would be absolutely miniscule when compared to this figure.

But why was Godfrey’s number such larger than Shannon’s? Well, what Shannon was saying is “This is a 40 move game” but while that may be true realistically for the average chess games played, he should have taken in consideration other unrealistic games. For example, a player may opt to NOT go for checkmate if he is one move away from doing so, he could carry on the game further. This creates a whole new tree of possibilities. On the other hand, we would never be sure if Hardy’s estimate was close since he didn’t give any working out. 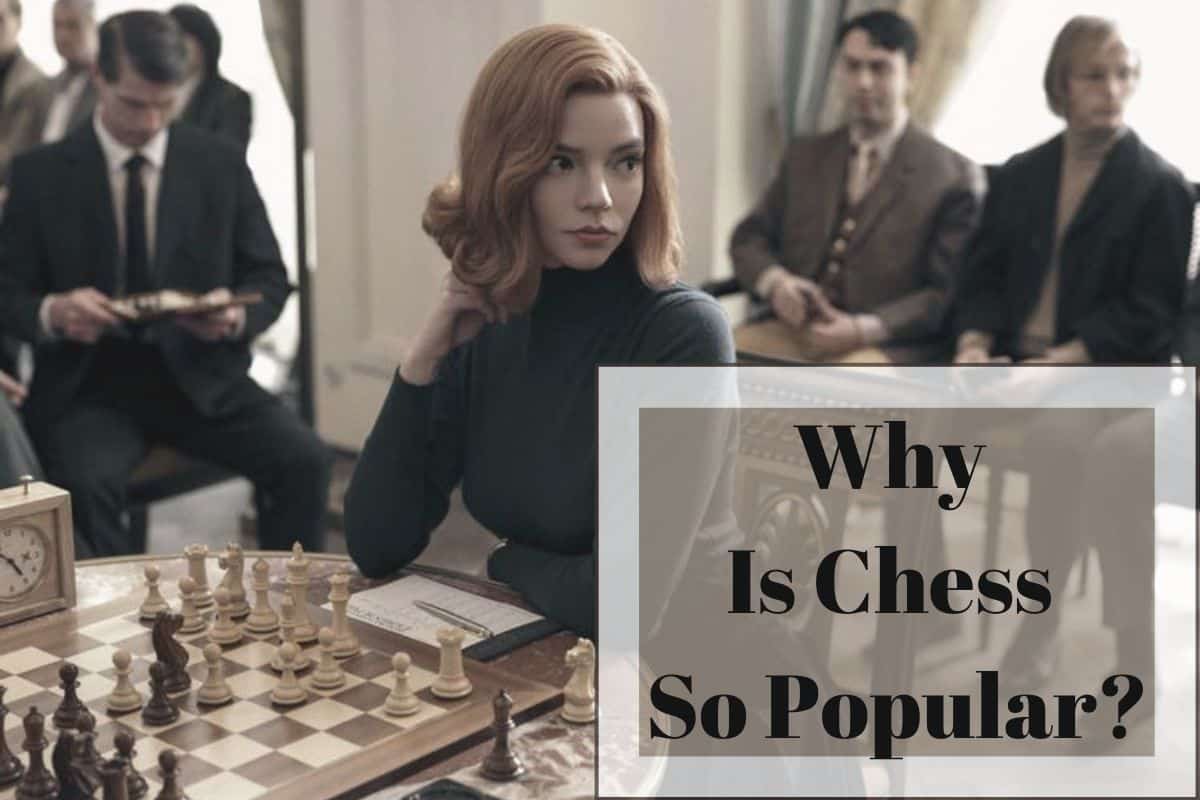 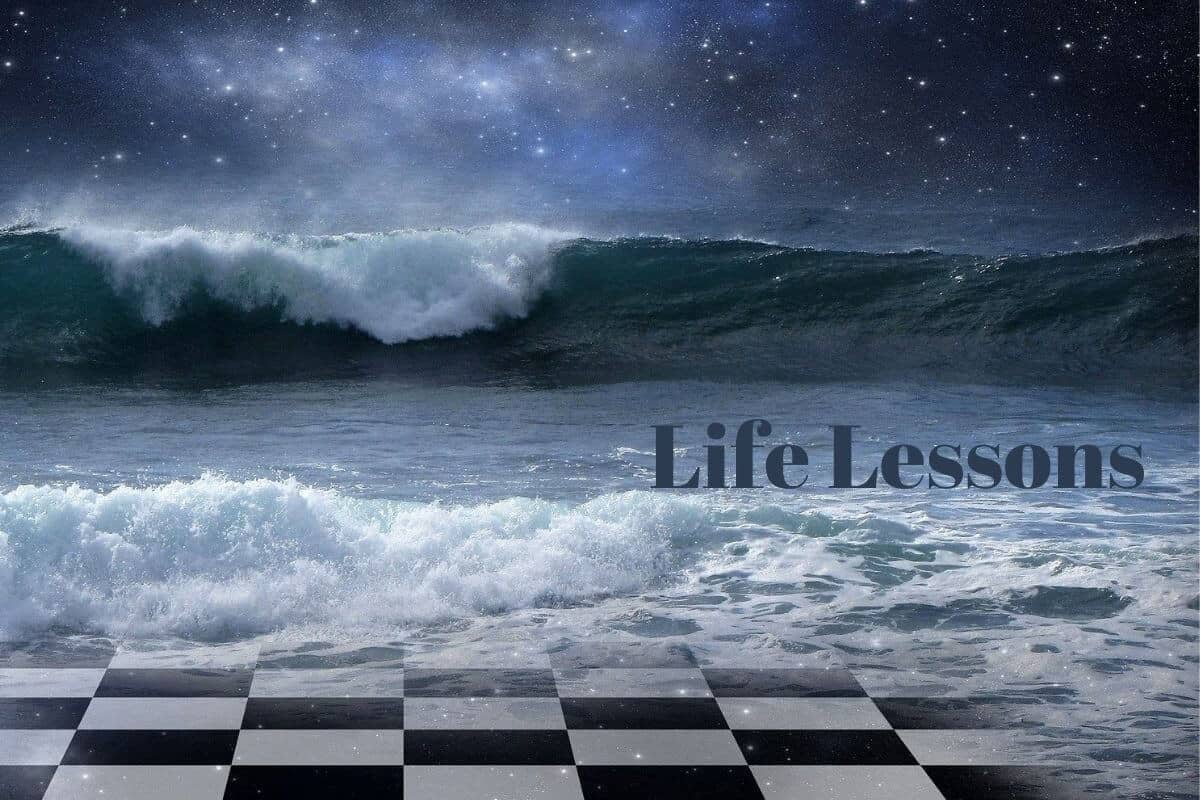 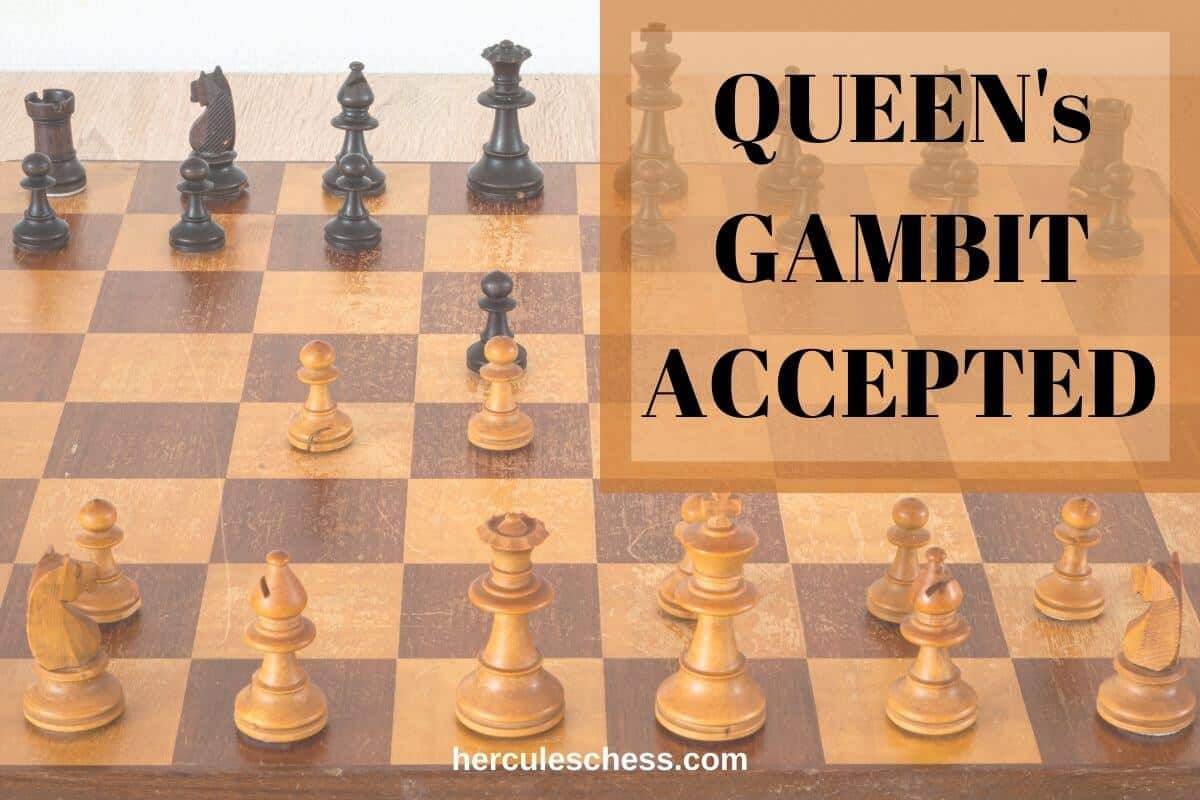