The Scandinavian opening begins with the moves: 1.e4 d5 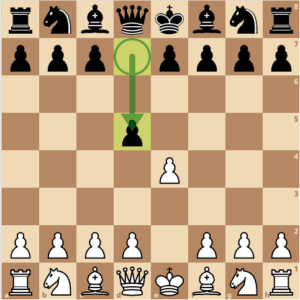 With the move pawn to d5, Black immediately challenges White’s central pawn on e4 and also creates opportunities for his light squared Bishop to get developed. In most cases as well, Black will have an opportunity to bring his Queen to a somewhat active post.

In this article, you’ll get a chance to ponder all the implications of these small strategic nuances. Let’s jump right in! 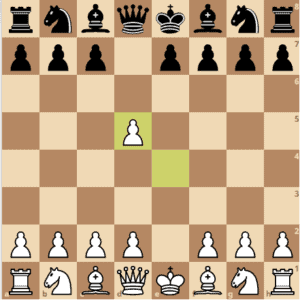 Black has two ways to go about recovering the pawn:

The main method is simply to play 2…Qxd5 leaving the Queen vulnerable to the move 3.Nc3. This move is often played and does gain some time for White’s development. 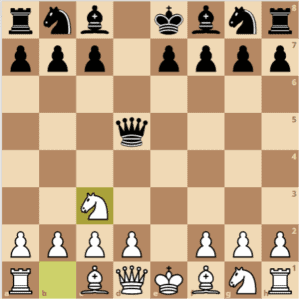 Nevertheless, Black gains a somewhat active square for the Queen either by 3…Qa5 or the recently common and interesting move 3…Qd6.

Black may also argue that despite losing a tempo form Nc3, the knight may be placed just a little bit clumsily. Ideally, White would have preferred to play the move the moves pawn to d4 and pawn to c4 prior to playing the move Nc3. 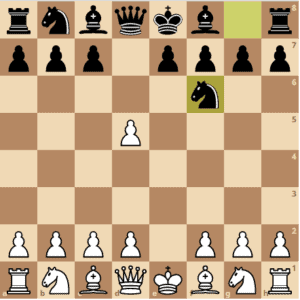 With the alternative treatment of 2…Nf6, Black aims to recapture the pawn with the knight. One of the attractive features of this move is that if White tries to hold onto the pawn with 3.c4, this opens the way for a potential gambit with the move 3…e6 4.dxe6 Bxe6.

The development of the Bishop on e6 and the Knight on f6 gives quite a bit of compensation for the pawn and excellent attacking chances. Another possibility for Black would also be to play 3…c6, which also leads to a fair game.

White does not need to hang onto the pawn fiercely in this manner. Instead, it is quite possible for him to continue more quietly with the move 3.d4 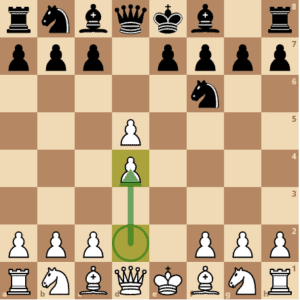 This has been proven to be quite an effective approach. After Black’s planned recapture 3…Nxd5, White only now plays the move 4.c4 this time gaining time at the Knight’s expense. 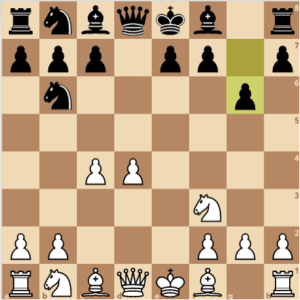 It is true that Black has created some new options for himself due to the Knight on b6. For example, a common approach is 5…g6, making use of the Bishop’s free scope along the diagonal to pressure the center and develop the pieces in a more imbalanced way.

However, White’s central space and the Knight’s awkward placement on b6 often allows White to seize a significant advantage out of the opening.

Thus from Black’s point of view the most solid move to recapture the pawn in the Scandinavian is 2…Qxd5. White normally continues 3.Nc3 gaining a juicy tempo at the Queen’s expense. At this moment, Black has two options about where to place the Queen: 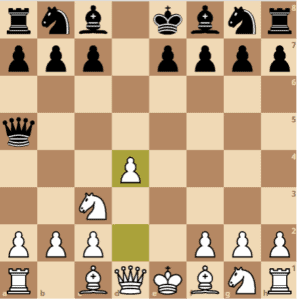 White now continues 4.d4. While it is now evident that White has a little extra space in the center, it may be difficult to understand at first glance how White can make any use of this. Black has no real weaknesses in this position. And, as you’ll see in a moment, he does not experience too many problems in developing his pieces.

However, the centralized pawn on d4 does confer White some important benefits:

Black’s e-pawn is deprived of its most attractive location on the e5 square. Though the move 4…e5 would be in the same spirit as the initial move of the Scandinavian 1…d5, here, Black simply doesn’t have enough time and White would have a significant after either 5.dxe5 or the even stronger move 5.Nf3

Black can no longer dream about bringing a pawn to the e5 square. At the same time, the pawn on d4 helps to create an outpost for the knight on the e5 square. This will come in handy as the knight itself will be helpful in gaining some attacking chances.

Also, by releasing the f-pawn which is behind the knight currently, the kingside pawn majority would also gain some flexibility at a later stage in the game. Another way White tends to gain an upperhand in the Scandinavian is by sometimes capturing the Bishops which Black finds active squares for at a later stage.

This is a common occurrence in the opening for Black that quite frankly when he finds active squares for his Bishops, he may find that they are also vulnerable. For Black’s part, he will simply want to continue his development. 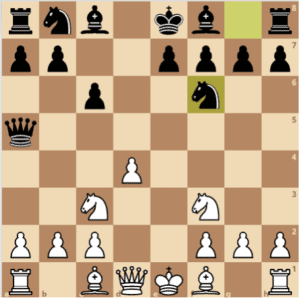 This is a solid move which has among its purposes, “the creation of flight squares for his Queen”. It is quite typical to find the needing to insert the move c7-c6 since later after White plays the move Bd2, the Queen may find herself needing the flight squares either on c7 or d8. White’s follow up of choice here has been the move

Since White knows that the mobility of his kingside pawns may later play a role, he often ensures that his development scheme supports him in castling his King on the Queenside. This is one reason to move the Bishop to c4, leaving the e2 square as an attractive square for the Queen. The Bishop also makes an important contribution attacking along the a2-g8 diagonal which will be felt over the next several moves.

From here, ordinarily, Black plays the move 6…Bf5. It may appear tempting for Black to try the move 6…Bg4 instead. But here, practice indicates that White gains an advantage by gaining the Bishop pair.

He does this by means of playing 7.h3 Bh5 8.g4 Bg6 9.Ne5 and then capturing the Bishop over the next few moves.

In this position, since White is very likely to castle onto the queenside, the movement of the kingside pawns is actually quite legitimate and may even constitute a gain of time if White expands the pawns forward at a later time. 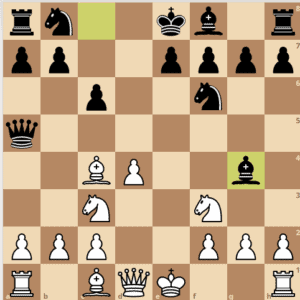 It may appear that after the move 6…Bg4, White has the tactic 7.Bxf7+? Kxf7 8.Ne5+ But here, White would be in for a rude awakening after the move 8…Qxe5+ 9.dxe5 Bxd1. When despite the fact that White has two pieces available for capture, he will still remain down a piece.

Thus, instead of 6…Bg4, Deploying the Bishop to f5 is a bit more logical and has been played more frequently.

While it’s true that the Bishop is now eyeing the Queen for discovery attack, as of yet, White doesn’t have any particularly powerful method of exploiting this fact. Therefore, the move 7…e6 has been played, simply continuing to develop by opening the way for f8 Bishop.

In cases where Black has modestly retreat the Queen to c7 instead, White has typically used the extra time to gain pursue the Bishop pair and extra space with the move 8.Ne5 which attacks the f7 pawn

Thus, the move 7…e6 not only contributes to Black’s development, but it also blunts the Bishop’s trajectory on c4 and thereby solidify Black’s position.

White’s last move prepares the way for Queenside castling. From here, it is quite common for play to continue 8…Bb4 0-0 and White often eventually plays 9.a3 netting the Bishop and maintaining an opening initiative.

The move 8.Qe2 contains an hidden threat as well. If White was able to violate the rules of the game and move a second time consecutively he would then have the excellent tactical shot 9.d5!, when right away, the dogpile on the e6-pawn has serious consequences immediately.

If Black is willing to play 9…cxd5 it appears that he has escaped most of the difficulty. But in fact, after the simple move 10.Bb5+, there is no healthy way for Black to deal with this simple check. For example, 10…Nc6 11.Nd4 (attacking both the Knight and Bishop) …0-0-0 White would win material 12.Bxc6 bxc6 13.Nxc6 forking Black’s Queen and Rook.

Black’s Queen and Rook are threatened

Another attempt in place of 10…Nc6 could be 10…Nbd7. But this fails due to 11.Nxd5 which attacks the Queen, regain the pawn and develop decisive threats.

The only move that comes close in defending this position is 12…exd5 but again this fails to 13.Nc6+! winning the Queen.

It turns out that either entry position by the knight on b8 causes problems. Other moves such as 10…Nfd7 will still succumb to various threats after 11.Nxd5 Qd8 12.Bf4.

This 8.Qe2 tactical punch helps explain why White is comfortable leaving the c2 pawn hanging in this position, The move 8…Bc2 also lead to disaster after the powerful move 9.d5! 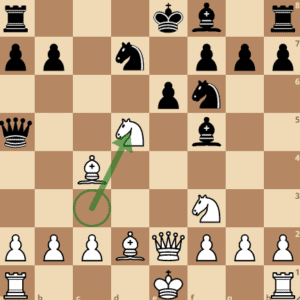 The exchange of pawns on d5 still gives White considerable direct tactical pressure on Black’s position. These situations are not immediately winning for White but still offer excellent play.

Summary Of The Scandinavian

I hoped you’ve enjoyed some of the twists and turns in the Scandinavian chess opening. This counter defense is easy to play and easy to learn. 1…d5 contest the center and removes the White king-pawn from play. The problem for Black is that he loses time when recapturing on d5.

Other than as a surprise, few grandmasters will use the Scandinavian, but the newly recent move 3…Qd6 has sparked some interest into one popular grandmaster Magnus Carlsen.

The Qa5 Scandinavian safely puts the black Queen on the edge of the board. With normal development, White holds the initiative. To gain a large advantage is not easy as Black’s position is solid, often similar to a Caro-Kann. 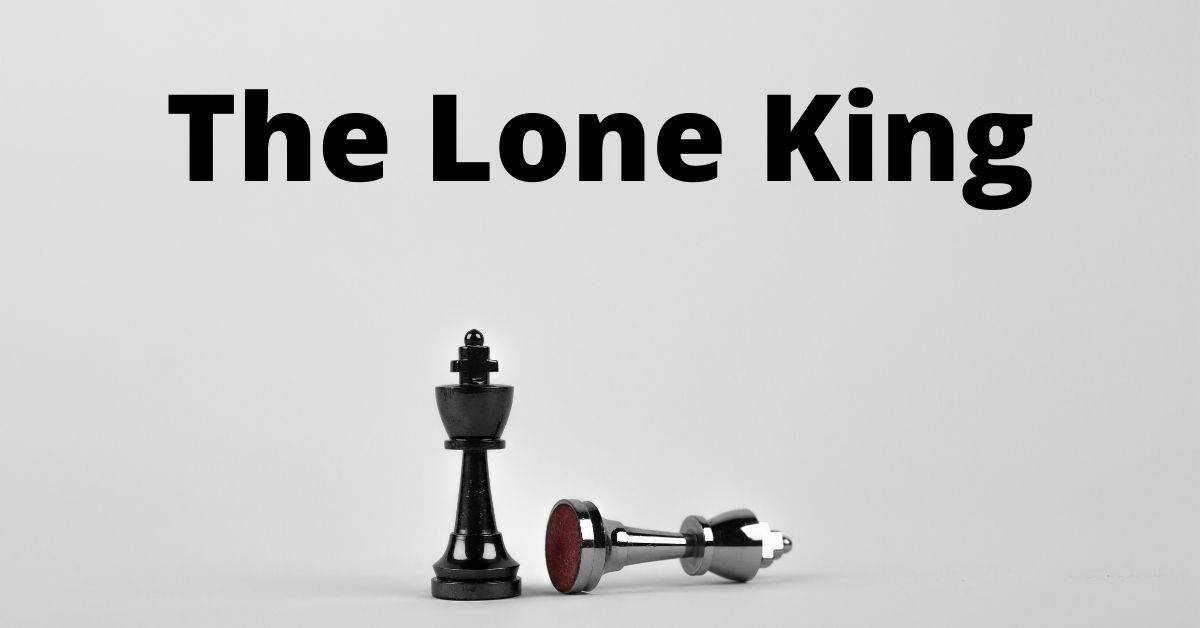 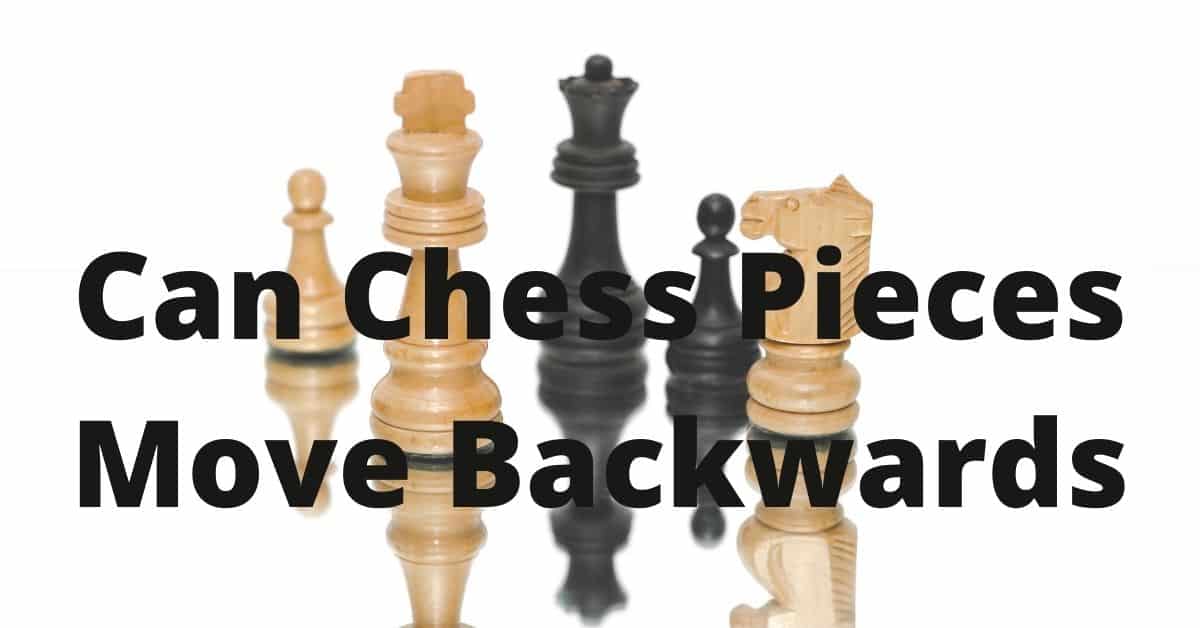 When playing a game of chess, it’s important that we understand how each of the pieces move. Most beginners have a lot of questions when it comes to piece movement and the most popular one asked is “Can chess pieces move backward?” Unlike checkers, all the chess pieces have the ability to move backwards with […] 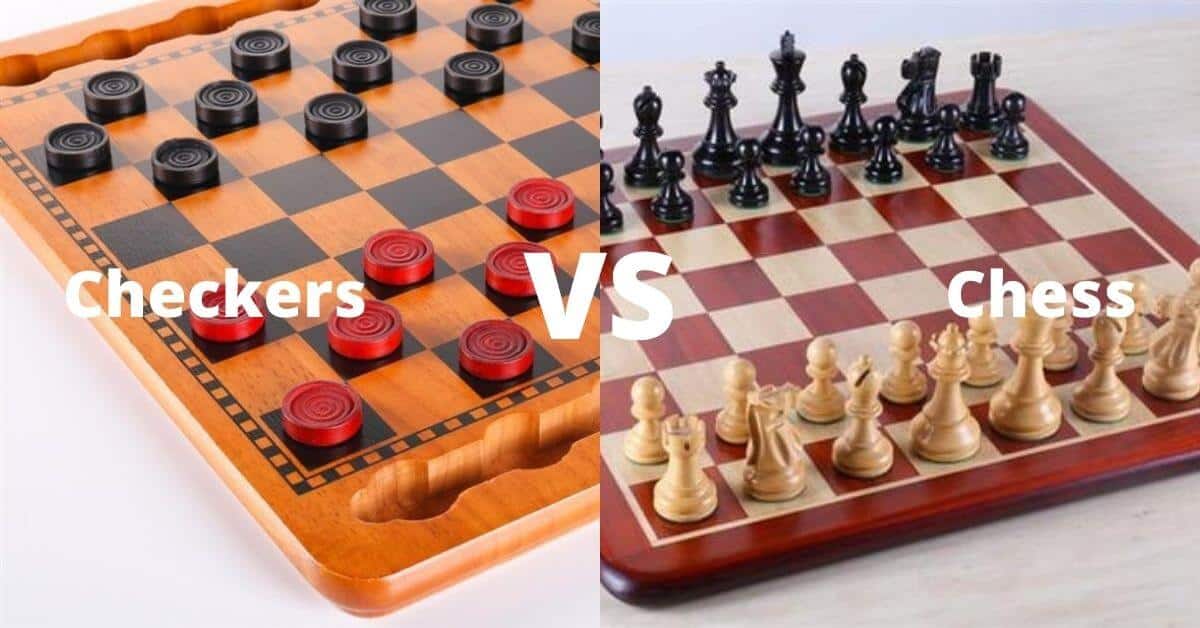