Is Chess For Nerds? Addressing The Misconceptions About Chess 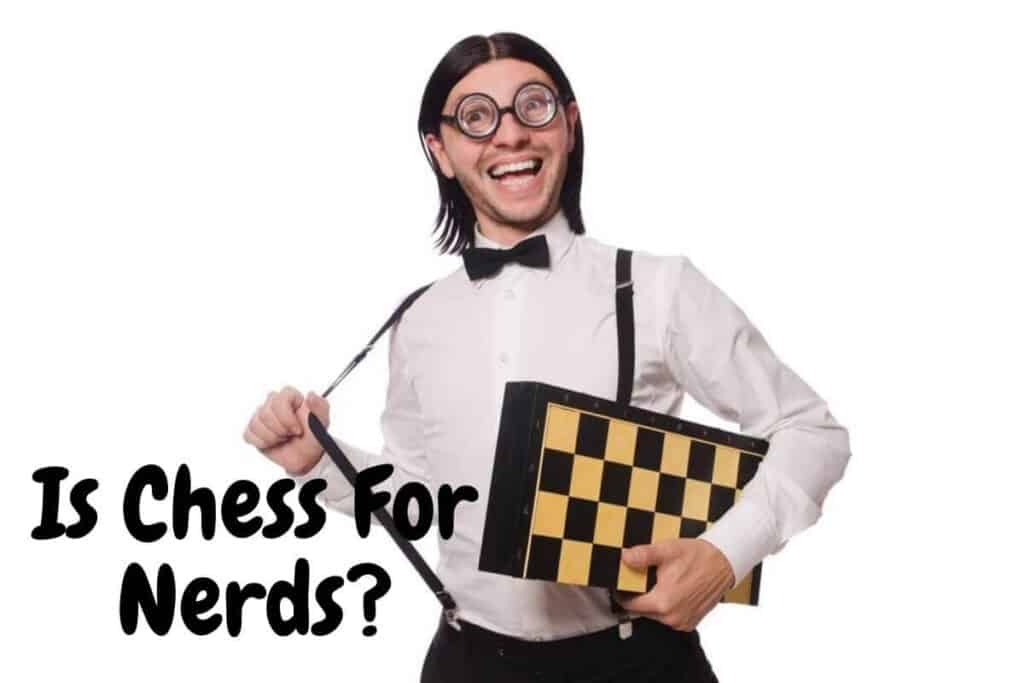 Several myths are surrounding the game of chess. The most common question asked is, “Is chess a game for nerds?”. Many people believe it is.

This article is going to take a look at some common myths about chess people believe in.

1. Chess is for Nerds

This is a very common misconception about the game. Chess is for everyone. Be it nerds, athletes, bus drivers, businessmen, police, or priests.

Chess attracts all groups of people as it is an interesting game to play. Some great celebrities like Will Smith, Timothy Dalton, and John Wayne play chess. Does this make them nerds? I think not.

2. You have to be a genius to win at chess

No great chess player was born knowing the game. They had to learn the basic rules of the game and play as beginners. They then improved over time.

You have to play chess more often to learn from your past mistakes and failures. With time as you play against experienced players, your game gets better. Analyzing the game with your instructor or opponent would help a great deal in improving your game.

In 2009, in an interview with Time, Magnus Carlen was declared by the interviewer as not being a normal intellect. The 19-year-old, at the time, high-rated chess master said he considers himself “a normal person”.

3. Adults are better at chess than Children

Scientists have conducted experiments with different groups of adults and children to see who is better. They found that kids are better at chess if trained correctly. This is due to their ability to grasp things faster compared to their youth or adult counterparts.

4. Chess Grandmasters can think 25-30 moves ahead

It is a common misconception between many people, be it a chess player or not, that chess masters can calculate chess positions as far as 25-30 moves ahead of current game scenes.

Great chess players do think ahead but not that far. This is probably because they have to think laterally too. This creates a possibility for many scenarios coming into play.

During the endgame is usually the common time for most chess masters to think several moves ahead. There are chess masters like Magnus Carlsen who claim they can see up to 15 moves ahead and at times even 20.

Thinking many moves ahead may limit you to just calculating along one line. You are supposed to put into consideration several lines your opponent may move along and calculate the moves in each line.

5. Winning in chess depends on luck

Does the game of chess depend on luck? No! Though this might be true for novice players who may tend to make several mistakes during play.

However, winning in chess does require a lot of practice, good decision-making ability, memorizing your opponent’s moves, and a good calculating plus thinking ability. Depending on luck will hardly win you a game.

During chess events, it is seen that women do not perform as well as men. This is as a result of many different reasons. In most chess events men tend to make the ladies feel uncomfortable and this could be one of the reasons.

The Polgar sisters have been playing for decades and have earned the respect of the chess community.

7. Chess is a purely mental game

Many have a misconception that chess purely depends on mental strength to win, that physical fitness is of little importance.

Yes, the mind plays an important role in winning the game. However, your mind only works at its optimum when your body is fit. Bobby Fischer, a chess grandmaster, says:

“Our body has to be in top condition. Your chess deteriorates as your body does. You can’t separate body from the mind.”

You must be physically ready to focus and play in any chess game considering some usually go for many hours (up to 8 hours straight).

Some people refer to chess as being boring and a waste of time. Chess involves making sacrifices during play to gain or protect a position. Nothing boring about fighting to gain an advantage against your opponent.

You also learn some important skills such as decision-making and creativity as you play. Is this a waste of time? I think not.

9. Computers are better at chess than Humans

In 1997, IBM’s computer program (Deep Blue) won a match against Garry Kasparov who at the time was the reigning world champion. This led to people believing that computers are better than humans at chess.

It is, however, important to note that these very computers are trained by human specialist teams. They program the computers in different ways to make them the best contenders. Without these specialists, which include chess masters, the computers wouldn’t perform as they do.

Whether you are a chess player or not, you should not conclude that chess is for nerds. It is a game played by anyone and everyone from different groups of people.

It is played by people of different ages, young or old, and different genders. The only thing that is common between chess players is chess itself. 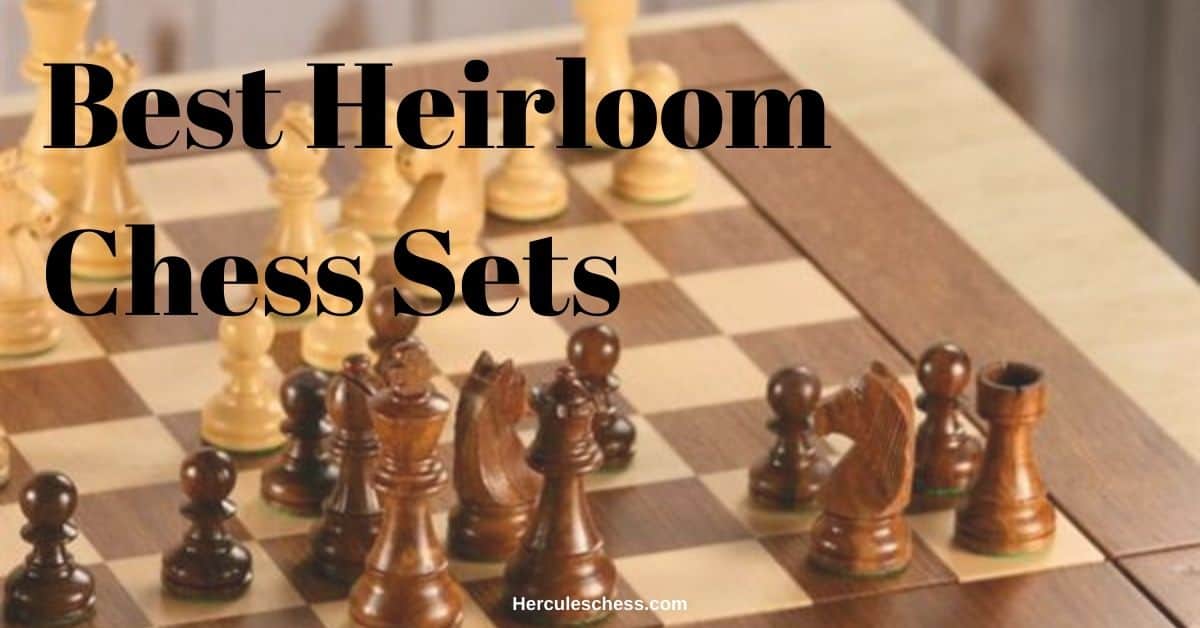 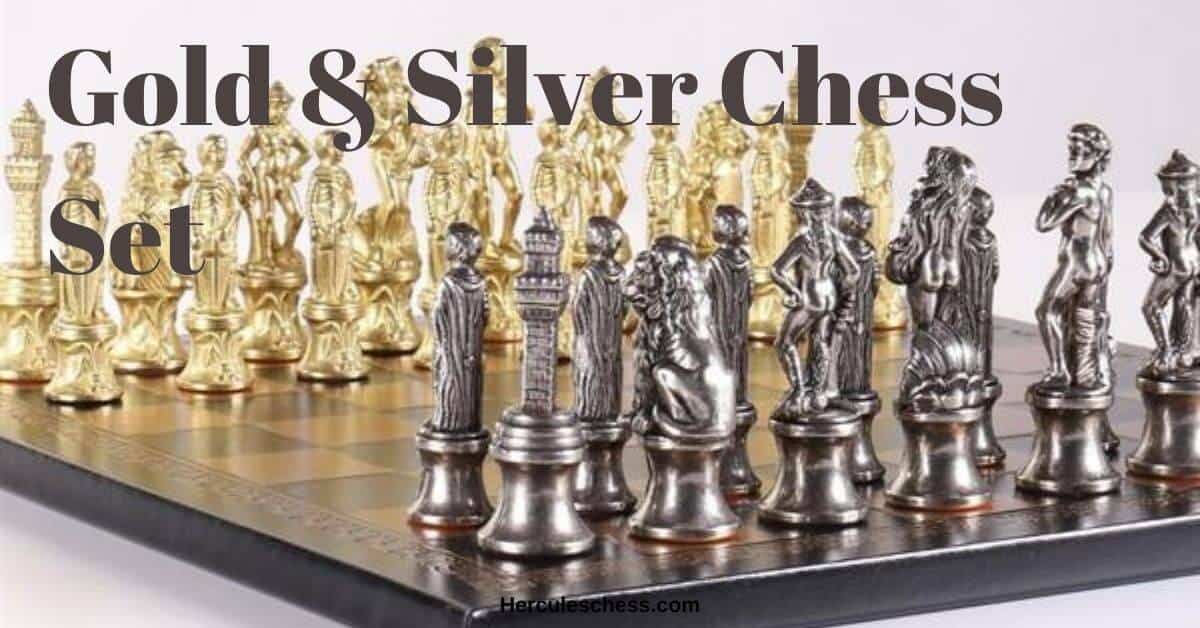