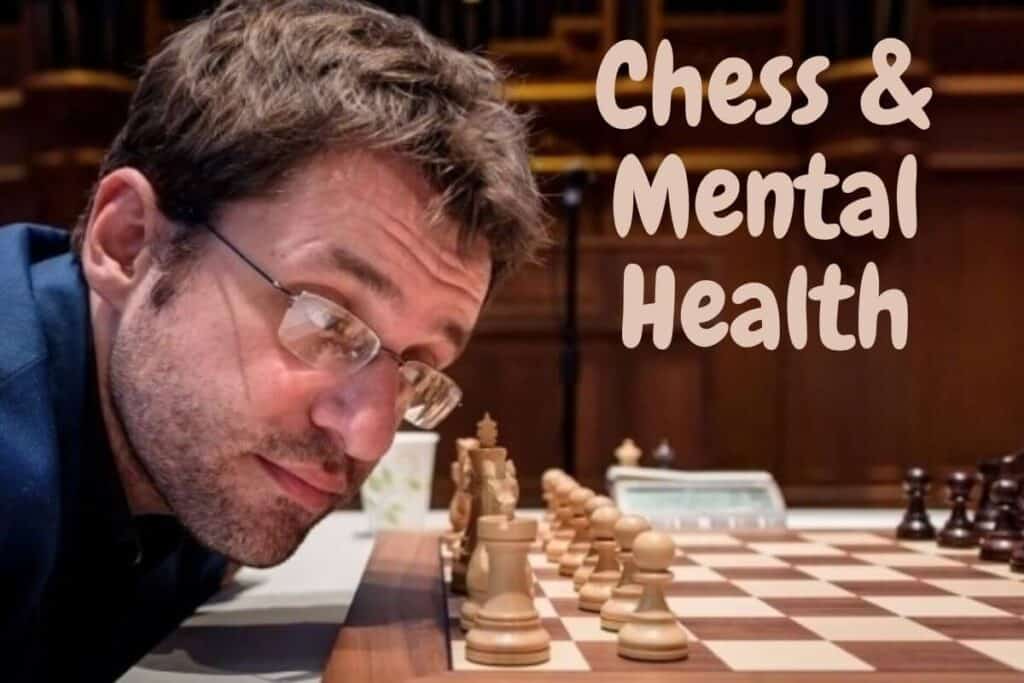 People often ask the question, “Is chess good for your mental health?”. So, what is chess?

Chess is a mentally stimulating board game that has existed for centuries. It is often perceived as a game for intellectuals. It engages and challenges the minds of the players at an intellectual level.

Besides being an entertaining game that you can play to have fun, chess will also improve your mental health. Here are some of the ways chess may be beneficial to your mind and mental state:

Any activities that challenge one’s brain will help it grow. Chess is a perfect example.

Brain-games like this stimulate the growth of neuron dendrites, which conduct signals from neural cells to neurons they are connected to. An increase in the growth of dendrites consequently increases connections across your brain.

With neural communication being at an optimal state, you will become smarter and be able to think faster.

Playing chess for a long time will greatly improve your memory. It involves you memorizing several moves that you can play and their possible results.

You also use your memory to remember how your opponent has played in the past. Your memory also comes in handy in avoiding mistakes you’ve made in previous plays.

Chess improves auditory memory. It is the ability to remember what you learned through hearing. Research has been done via an experiment to compare the recalling abilities of chess players to people who have not played chess before. Chess players were found to have significantly better-recalling abilities.

A two-year study carried out in 1985, where young students were given regular opportunities to play chess improved their grades is another evidence of this. The teachers also noticed improvements in the students’ memory and organizational skills.

The brain, just like body muscles, requires exercise to help keep it fit and healthy. As you age it is important to keep exercising your brain and what better way to do it than play chase.

Keeping your brain active is an important way to prevent Alzheimer’s. A featured study in The New England Journal of Medicine found that people aged 75 and above who played games that challenge the brain, like chess, were less likely to develop dementia in comparison to their non-playing peers.

Playing chess is like solving a big puzzle. While solving this puzzle you have to do it fast and strategically because your opponent will keep changing the parameters.

The puzzle of countering your opponent’s moves to help you win the game dramatically improves one’s problem-solving skills.

A study conducted in1992, in New Brunswick, on 450 fifth graders found that the ones who played chess scored higher grades than their counterparts in standardized tests.

5. Exercises Both Hemispheres of the Brain

A study done in Germany found that playing chess engages both sides of the brain. Chess experts and novices were shown chess positions and geometric shapes and their reactions in identifying them were measured.

The experts were found to have quicker reaction times. The researchers, who expected the left hemisphere of the experts’ brains to be more active, were surprised to find out that the right hemisphere was equally active.

The prefrontal cortex is among the last parts of the brain to develop during adolescence. It is responsible for self-control, planning, and judgment.

Brain-games that involve strategy, such as chess, promote the development of the prefrontal cortex. Playing chess helps adolescents make better decisions in situations where they would make stupid ones.

Chess requires you to keep track of your opponent’s moves throughout the game. You cannot afford to lose concentration for even a minute as you may incur heavy losses.

Chess grandmasters show intense concentration during the game. This is something the game has developed in them over years. They are hard to distract once they put their mind on something. Playing chess will sharpen your ability to focus.

The district in which he conducted the study had a below-average reading level. The students who were in the chess program had an above-level performance.

9. Can Raise your IQ

Chess has always been affiliated with some of the smartest people in society. It is perceived as a game for brainiacs with high intelligent quotients (IQs).

There is a paradox that comes with this point. Does chess attract intelligent people to play it or do these people become smarter as a result of playing chess?

A study was conducted where 4,000 students from Venezuela were taught how to play chess and they continued playing for 4 months. Their IQs were found to have risen after the said period.

The right hemisphere of the brain, which is responsible for creativity, is activated when you play chess.

A four-year study was conducted on 7th-9th grade students to participate in different activities once a week for 32 weeks. Amongst the activities was chess. They found that the kids who played chess scored highest in originality tests.

It is important to note that chess helps you develop the ability to views things from another person’s perspective. This ability is good for improving social relationships.

Chess will significantly improve your mental health and cognitive abilities. It can also help you acquire a sense of flow in doing different things.

Playing chess can also be time-consuming and stressful especially if you are a beginner or facing a tough opponent. The health benefits are however encouraging and outweigh these drawbacks. 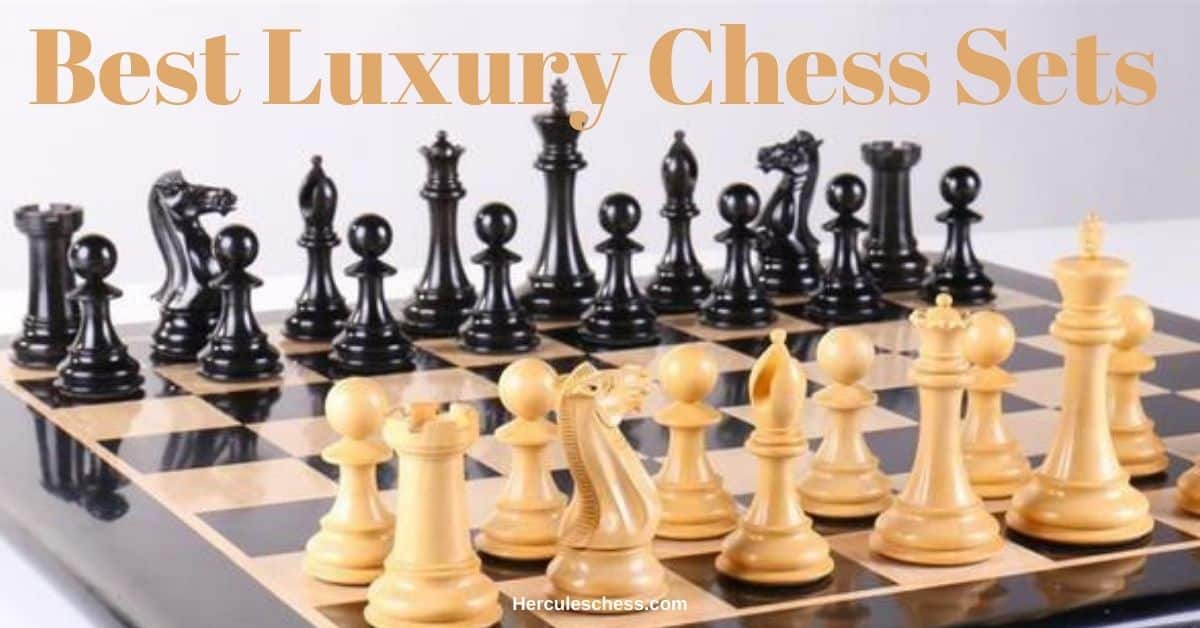 This selection of luxury wooden chess sets includes a variety of thoughtfully sourced products. When your order a wood chess set, it is packed with care to ensure it arrives safely to your home. Our favorite and best selling luxurious wooden chess set is the grandmaster chess set combo, a comfortable 21″ board size with […] 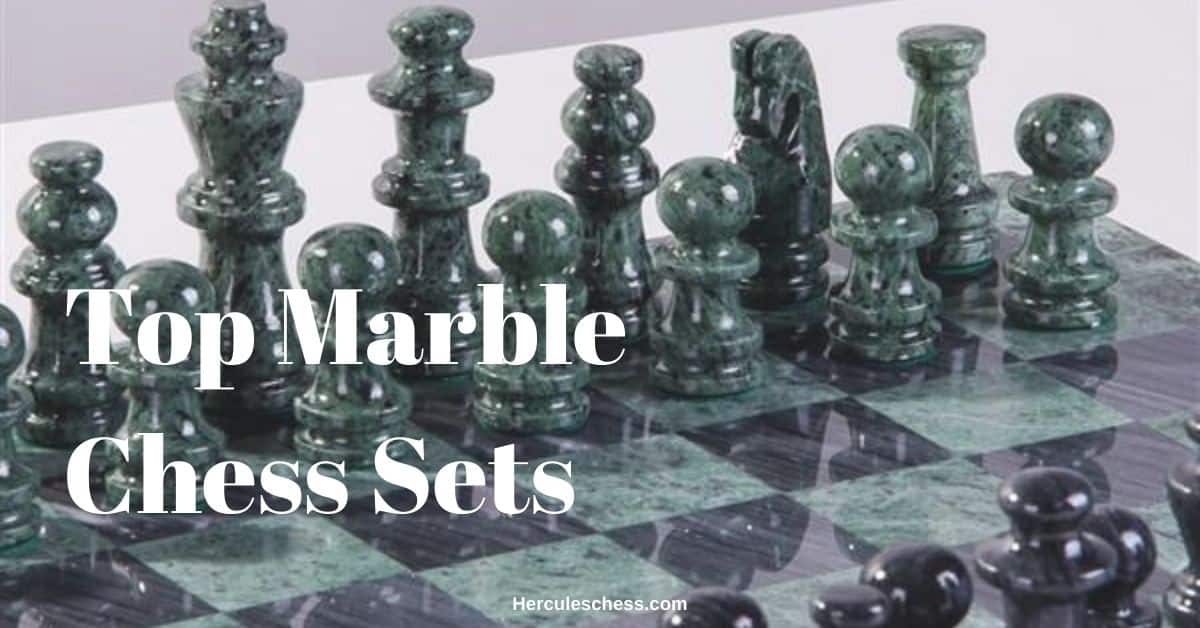 The intrinsic beauty of marble chess sets with their unique natural veins and swirls make marble an ideal choice as a gift. Marble chess sets are best for display and casual, slow games of chess. In this article I reveal the 8 best marble design chess sets that are both beautiful and affordable to buy. […] 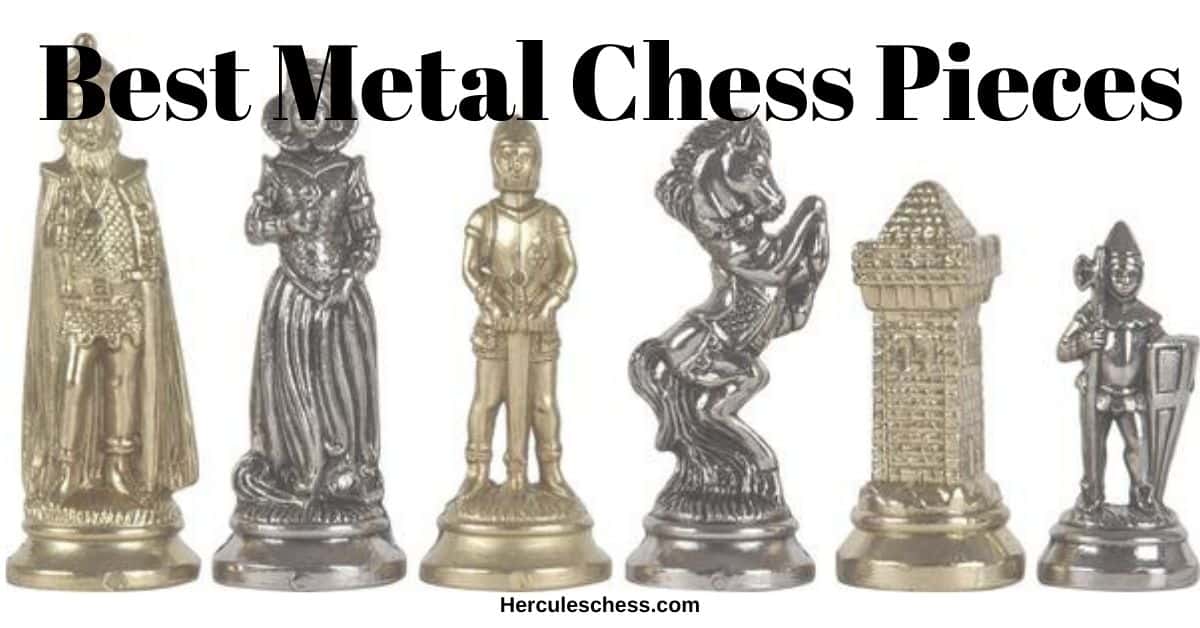