If you have played chess for some time, you will note that chess sets are really expensive. Your next logical question of course is why exactly this is the case. This is not a question that may be answered straight away. We hence draft and dedicate this long article to that end.

In a nutshell, chess sets are expensive due to a combination of closely related factors. Our discussions below endeavor to provide a breakdown of these factors and how exactly they finally influence the overall cost of the acquisition of the chess sets.

Below are the core factors that influence the high prices of the chess sets:

The pieces that make each set up are made through exceptional craftsmanship. This entails the use of exceptional skills that are complicated and beyond the reach of a simple manufacturer. They are unlike the ordinary pieces of droughts that are somewhat simpler and straightforward.

2. Plenty of time and effort

Owing to the relatively complicated nature of the pieces that make up the chess sets, they generally take more time and effort to make. The long time and the in-depth effort jointly combine to make the chess sets to be comparatively more expensive to come by.

Other than merely being able to facilitate your plays, these chess sets are also intended to make the interiors of your spaces to be elegant in appearance. They exhibit exceptionally great appearances that are great to behold by the naked eyes.

Each piece that makes the chess set up is relatively larger in size than that of the pieces that are used in the other board games. With the sheer massive size comes the need to use more materials and expend more effort to make them up. This of course leads to the higher prices of the chess sets overall.

The designs of the typical chess set are relatively more detailed and elaborate. It takes longer to come up with and also execute. This of course pushes the cost of manufacture high up. In turn, this pushes the prices of the chess sets when the same gets to the market.

Materials of higher quality are extensively used to make the chess sets up. The materials are not only long-lasting but also endure many spates of use.

They subsequently push the cost of the acquisition of the chess sets to levels that are generally beyond normal.

Closely related to the above is the fact that only special kinds of woods are used to make the chess sets up. Common examples of these are palisander, walnut and maple. These special pieces of wood are log-lasting, great aesthetic, and deliver the task of playing chess really well.

In older days, chess was mainly played by the members of the nobility. As we speak though, many common or ordinary people love it. However, the attitude towards chess has not changed a bit. It is still seen as a game for the high and mighty in society. This also partly explains why the chess sets are so costly.

Unlike many other board games, the game of chess is dominated by reputable brands. These are well established firms that have a stronger financial base an are well established in society. It is only fairly logical hence for their products to also cost a lot more to come buy.

Most goods sell at a cheaper price because they can be easily counterfeited. This means it is possible for someone to make a copy of the same. Not so with the chess sets or pieces. Instead, its pieces are really difficult to counterfeit. As such, one has just got to buy an original version, which is of course, very expensive.

Most games come and go, meaning they are only in vogue for a limited duration of time. Not so with chess. Ever since its inception in the 17th century, the game has endured to date. The pieces hence are stronger and more enduring. This also reflects in the higher cost of acquisition that they inflict on the buyer.

The kinds of items that are used to package the pieces of the typical chess sets are also enduring. They are stronger and better placed to prevent any form of damages that may be inflicted on the pieces. This hard and durable packaging also contributes to the overall cost of acquisition of the set.

Chess, other than merely being a reactional activity, is also regarded as a status symbol. As explained above, the status symbol mainly arises from the fact that it was extensively played by the members of the nobility. Its inherent luxury value further pushes its cost higher than normal.

In many jurisdictions, chess is viewed as a luxury rather than a basic necessity. As such, higher taxes are imposed on the chess sets. This of course pushes the prices of the chess sets a little bit higher than they would have been under normal circumstances.
FUN FACT: At present, the most expensive chess set in the world is the “Pearl Royale.” Its make includes lots of sapphires, diamonds, gold, and the South Sea pearls. Its price is around $4 million.

There you have them! You now know the core reasons why your typical chess set is generally more expensive. With this knowledge in mind, we trust that you will not only appreciate the game better but also prepare yourself psychologically for the higher cost of acquisition that comes by.

Though there is really no way you can get round the high price of the chess sets, your high cost of acquisition is certainly not in vain. The sum total benefits that the game of chess potentially brings along are too many to even consider forfeiting let alone delay enjoying. Go for the chess set of your liking now! 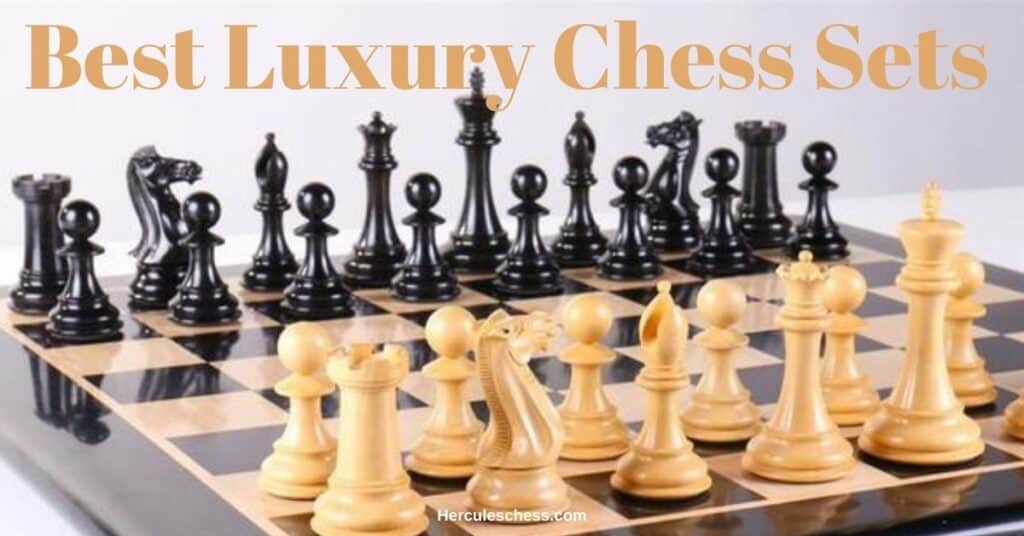