Playing for the lucky win, though infrequently discovered, definitely has a reputation in the chess community. The situation is referred to as ‘playing for a cheap shot,’ or ‘cheapo’ for short. I’m sure a place awaits the titan underdog player who can learn to master even a technique such as this to be nicknamed as such, but I digress.

To ensure consistency for a winning endgame there are a few quintessential principles to live by:

Trading pieces makes for a particularly useful idea if you can be sure to find yourself in the endgame with a material advantage of a pawn or more. Really? Just a pawn you say? If you have managed to strip your opponent of all his pieces, save the king and a couple pawns or one mobile piece, remind yourself that you probably have passed pawns (ones that have crossed into enemy territory) that may come in handy for a promotion to a queen or lesser piece.

Then with no defense, your opponent will shudder knowing they are in for it. Just keep in mind while you are going after all the finger-snapping trades that material advantage, while being the most obvious lead in to an overall victory, does not own sole-proprietorship in chess strategy.

If you fail to keep developing the sweeping force of your army, you may be caught off-guard by your opponent’s superior pawn structure or their level of mobilization. You should try to find a good balance between defense and a pressing impediment that advances your own plans.

Remember not to neglect your positional development, enforce your material advantage if you already have one, and finally nip any last hope of your opponent’s chances in the bud by eliminating his remaining threats before he finds a way to make you sorry you didn’t.

Here you can understand the basic endgame strategies in chess. A common problem with chess players is that they can create effective strategies for the opening and the middle of the game but cannot do the same for the end.

In saying this, we thought we’d compile a list of general tips to help you especially towards the latter stages of the game.

Here is how to play the endgame in chess:

14 Tips On How To Play The End Game

1. Bringing Out The king

If the pieces on the board have dwindled down to all pawns and maybe one or two other pieces, your king may be the best piece to attack your opponent’s pawns and defend your own. To win a game in latter stages of the game, you should have an active and centralized king.

However, if you still have a large number of pieces on the board that can be used to mount a defense, moving your king might not be the best idea. Near the end of the game, if you have enough pieces to ward off any attacks from your opponent then you don’t have to utilize your king and in this case, let your king remain in his position and focus on attacking your opponent using your other pieces.

2. Work out your next move

Most players, both amateurs and professionals alike, believe that tactics and calculation play a role only in the middle game. But particularly with the insignificant pieces, you need to accurately analyze your moves. This can be a mere simple calculation, such as counting a passed pawn race in a king and pawn endgame, which is a frequent situation.

This can also be some of the more complex variations, which need more complicated calculations. When the pieces on the board dwindle down bit, it is imperative to develop a knack to calculate at least 5 steps ahead of the current positioning, learn to cultivate this skill as you play more games. Never underestimate the importance of any of your pieces, each one is just as important as the other, especially in endgame scenarios.

If your opponent captures one of your important pieces earlier on then you will be in trouble. Don’t think you can move your pawns without calculating the repercussions; every movematters. What if you move away all the pawns in front of the king and have none to defend the king? Remember, skillfully calculate each and every move before making 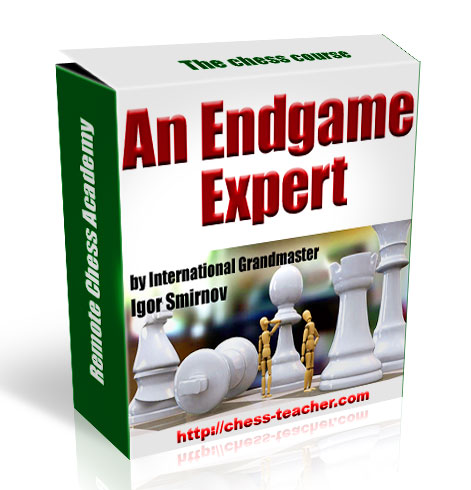 In an open position (less board pieces), the bishop serves as the stronger piece while in closed positions (more board pieces) the knight serves as the better choice. A bishop can move with ease if there are open diagonals and the knights can jump over a trap of locked pawns so it depends on what stage the match be at when determining to trade these two pieces.

4. The pawns stay together

Always remember to avoid isolating your pawns because it is hard to protect them from your opponent; you don’t want to waste precious time reaching out to protect your pawns but you also don’t want to lose them. Doubled pawns are also problematic as it may restrict mobility. To avoid these late game pawn issues, well calculated openings and midgame’s are required.

It is one of the best endgame tactics to exchange your pieces if you can gain a material advantage from the process or if you have the current material advantage on the board. However, be cautious of exchanging pawns if they are crucial to your end game strategy.

6. Take Care While Moving Your Pawns

Devise your moves to the eighth rank properly if it is crucial to promote into a queen. Use your king and let it be the front-runner. Move the piece to the farthest point possible on the board. Meanwhile do not forget to advance the pawns as well.

Pawns are game-changers; do not lose them without any purpose. However, if their sacrifice serves the greater good (allowing another pawn to develop into a queen), sacrifice as many pawns as possible.

Chess is full of strategy and you often might need an extra move to gain the advantage; this extra move might not appear to be so beneficial but when it boils to the end of a game, it could mean everything. An example of this would be when two king pieces come face to face. In such a case, whichever piece moves first loses territory and can be squeezed into a corner. Keeping a pawn nearby in such cases will come handy as you can play ‘dead’ moves with them.

When you approach the endgame, often your opponent is left with limited pieces. These pieces may prove to be insufficient in defending the board on both ends so if the situation favors this strategy, utilize pawns on both the ends of the board so that you can promote at least one of them. Do a quick careful analysis first to see if at least one of your pawns theoretically can be promoted, as you do not want to send them on a suicide mission.

9. Centralization of the King and the Pieces

A king achieves a significant role when you reach the endgame, as it becomes an offensive piece. Moving your king to the center of the board becomes advantageous as it can then support your other pieces in a quicker fashion.

Play whatever moves you can to get your king in the center position, and then compete to maintain the position. When the king is put in the center, it can move to the queenside or its one side according to the situation. Centralization of the king also reduces the movement of the opposing king so do not let the opponent king get the center position. Other pieces too will become weighty if you centralize them and hence moving most of your pieces in the center will give you upper hand in the game especially in end game scenarios.

Remember that in exception to the king and queen, the rook is the subsequent most valued piece on the board. Advance your rook into an attack pose. A well- placed rook can change the direction of the game and can help you to win the game as well.

By placing your rooks in an aggressive manner, you can restrict the movements of your opponents. If you have misplaced a rook, lose any pawn so that your rook gains an active position. However, this should be done only when your rook will get a good aggressive stance, do not waste your pawns for some trivial position.

11. Synchronization Of All Pieces

At the commencement of every game, you are given a variety of pieces for a reason. Don’t just single-mindedly focus on developing a few pieces; you must develop all of them for them gain the most advantage possible. In the late game, don’t leave any pieces lingering doing zilch, you must organize all your pieces and have them complement each other. This goes with the popular saying that, “It’s not what cards you have, it’s how you use them.”

Your pieces are like an army formation and they must move like one together. Do not separate them. Plan your strategy in such a way that the opponent will have a difficult time attacking you. You should devise a way to move your entire group without sacrificing any of the pieces; make a mental note of this and practice moving your pieces together while holding a strong defensive formation.

Do not leave a few pieces stranded and have your opponent slowly pick them off; you will lose the game soon if you do this.

Do your best to attain a material advantage on the rook files and the ranks where your active rook is currently placed. Exchange your pawns to weaken your opponent’s pawn strategy. This will force the enemy to adopt a defensive and passive stance that will benefit you immensely. In order to do this however, develop the instinct to effectively and aggressively position rooks in the late stages of the game; analyze your games and see if a superior position may have been open.

14. Think Defensively If You Are Winning

It is easier to manage your pieces towards endgame situations because there are a lot fewer. In saying that, if your material outnumber your opponents, take a defensive approach and don’t make reckless moves because lets face it, you’re already winning and there’s no risk to gamble with strategies where the outcome is unclear. Take calculated routes in these periods of time to ensure your win.

We’re now confident that with these tips and your experience through practice, you’ll have developed a much more thorough understanding of how to play a sound endgame. Don’t discontinue your education here however, there’s much more to learn.

The course “An Endgame Expert” created by grandmaster Igor Smirnov gives you an integrated system of thinking in a chess endgame. The practical part of the course helps you training and automating all the necessary skills.

Therefore, you will not only be able to find the correct moves, but you will also do it quickly and automatically! This allows you to apply the course’s ideas in your practical games right away! Get it here now