How To Play The Accelerated Dragon: Beginner’s Breakdown 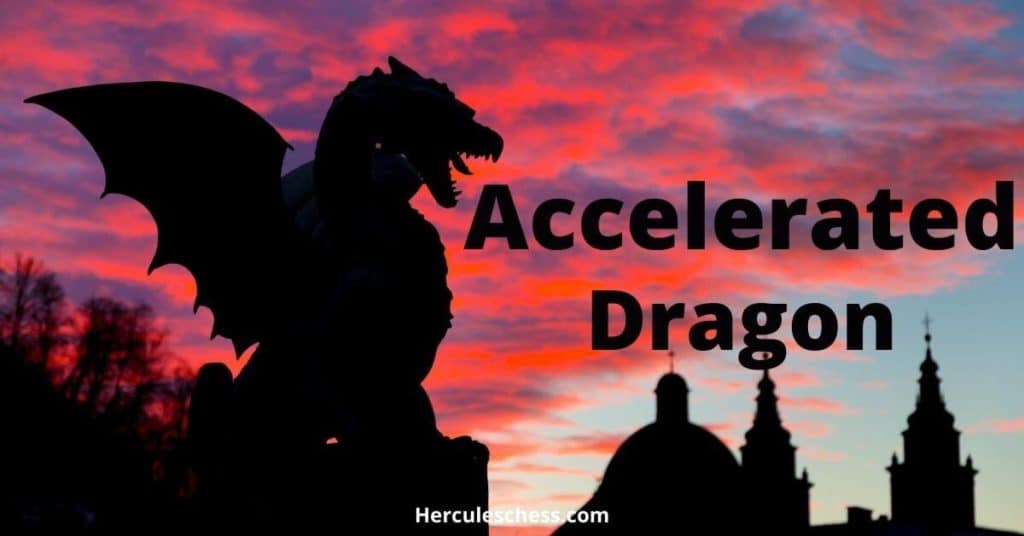 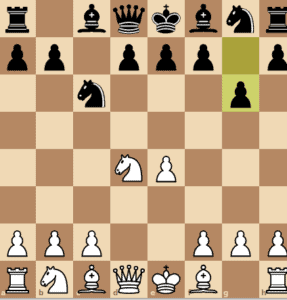 This variation is very closely linked to the Dragon in that the f8-bishop is fianchettoed along the h8-a1 diagonal, and often the two variations transpose into each other. The main difference is that Black chooses to fianchetto earlier and leaves his d7-pawn at home.

In some variations this can prove to be advantageous to Black. In the Dragon Black often tried to engineer a …d6-d5 break. In the Accelerated Dragon, Black can aim for an immediate …d7-d5, thus effectively gaining an extra tempo. It’s certainly within White’s interests to prevent such an occurrence as this usually gives Black a very comfortable game.

The main disadvantage the accelerated version has over the Dragon proper is that there is no early pressure on the e4-pawn with …Nf6. This means that White can dispense with an early Nc3 and create the ‘Maroczy Bind’ with c2-c4.

If you have played the Maroczy Bind you know that it can leave White with a lasting space advantage and how it virtually rules out the …d7-d5 break. Nevertheless, the Accelerated Dragon is still a very solid option for Black, who keeps a resilient pawn structure.

NOTE: The Maroczy Bind makes it very difficult for Black to achieve

Mainline Of The Accelerated Dragon

Setting up the Maroczy Bind. White now has a vice-like grip on the important d5-square.

Protecting the knight on d4.

Black plans to exchange knights on d4 and then place this bishop on c6, attacking the e4-pawn.

Gaining space on the queenside. Black prepares to follow up with …a5-a4 and …Qa5.

A prophylactic move. Now …a5-a4 can be met by b3-b4 and it’s White who gains space on the queenside.

Offering the exchange of bishops.

Of course, White could also capture on g7, but most experts agree that it’s better to retain these bishops on the board.

Strategies in the Accelerated Dragon

White will ‘sit’ with his space advantage, slowly waiting for a chance to create a weakness in the black camp. After moving his rook from a1, White may at some point move the c3-knight into the d5-square.

Normally Black will not be able to tolerate the knight for too long and will either capture it with the light-squared bishop or force it back with …e7-e6, the latter possibility leaving Black with a potentially weak d6-pawn.

Black’s ideas include …Nc5, …Qb6 and …Rfc8, trying to create some counterplay on the queenside. Often the play will revolve around White trying to push the knight away with a timely b3-b4.

Theory in the Accelerated Dragon

The Maroczy Bind lines are not very theoretical and can be played very much on general principles. The positions are not sharp and a small mistake is unlikely to meet with severe punishment. The lines without c2-c4, however, are more theoretical

it’s wise for both players to read up.

The Accelerated Dragon has never been quite as popular as the mainline Dragon, probably because Black reaches a slightly passive, if somewhat solid, position in the Maroczy Bind variations.

I found over 15,000 examples in Mega Database, with White scoring 52%. At the highest level (the top 1,000 encounters), White scores 56%. Significantly, though, more than half these games were drawn, underlining the resilience of the Accelerated Dragon.

Which is the least powerful piece on a chess board?

The chess piece that holds the lowest theoretical value is the pawn. They are considered the least powerful because they can only move one square forward at a time. The pawn is the first line of defense that everybody has on the board and is worth only 1 point. There are 8 pawns on each […]

What’s The Most Powerful Chess Piece?

The most powerful and effective piece on the chess board is nonetheless, the queen. The Queen hold the most value (a total of 9 points) on the chessboard because she can control up to a maximum of 26 squares. The position of the queen is next to the king; the white queen starts off standing […]

Which Chess Piece Starts on a1 and h1?