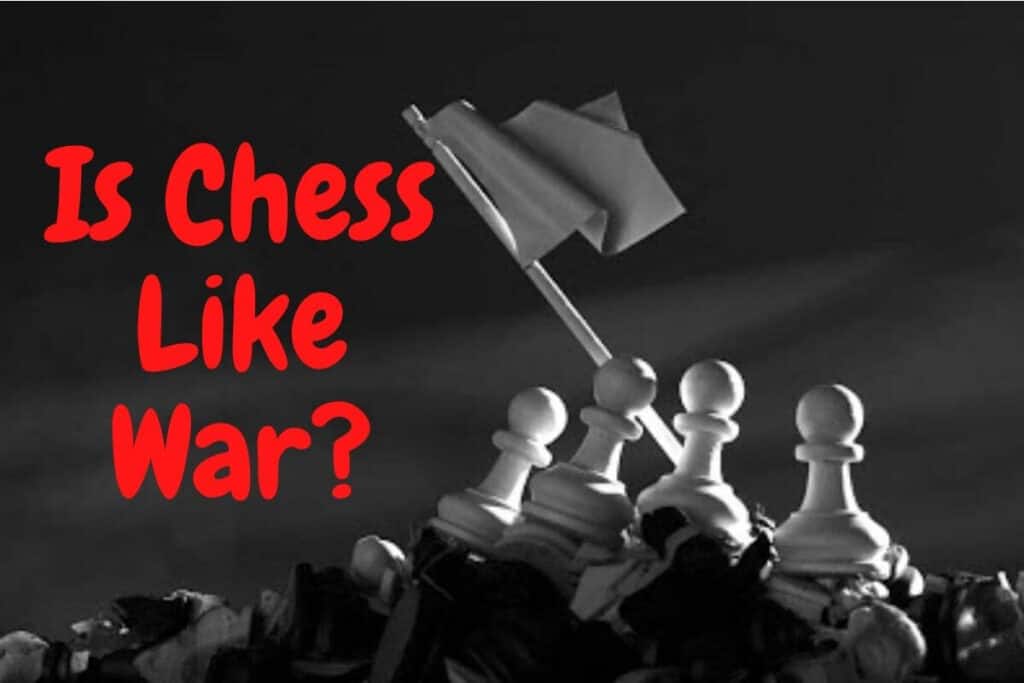 Most people who play chess liken it to war due to the tactics, strategies and level of coordination involved. Chess evolved from the ancient game ‘Chaturanga’ which was named after a battle formation mentioned in the Indian Epic, Mahabharata. The game gained much attention, in India, during the 7th century before eventually spreading to the rest of the world.

Though some other games and theories lay claim to the game, this one holds water since some of its key features are still found in many chess variants- including the modern version. Also, winning ‘Chaturanga’ was based on one piece – the modern king.

It is said that many kings and highly ranked military officers enjoyed playing the game as it helped sharpen their planning skills, focus, creativity, intelligence, and memory. This begs the question, is chess like war? To answer this we shall analyze the similarities and differences between the two.

Similarities between Chess and War

The strength and capabilities of the pieces in chess depict the roles of some of the characters involved in medieval wars. First, there is the King, which is the most important piece in the game. He should be kept safe and protected at all times. In the past, capturing the king or killing him signified victory, hence it was the responsibility of everyone to keep their king safe.

Second in rank is the queen, who is the most powerful piece following her credible abilities. In the past, it was noted that a kingdom could fall or rise, depending on the advice a queen gave her King and whether she supported him or schemed against him.

Third in rank are the castles which represent a home or refuge. These could provide a haven for anyone seeking to re-strategize or escape the heat of battle. In the fourth place comes the bishops, which in medieval times represented the church. Religion played such a huge role in Kingdoms and the personal lives of their people.

In the fifth position, are the knights who were highly skilled soldiers whose role was to protect persons of rank. Last and also the least are the pawns which are likened to foot soldiers or Laborers. They worked hard and fought to protect the interest of those higher in rank. When need be, they were also sacrificed to allow those in higher ranks to escape harm.

There are so many strategies and tactics that apply to both chess and war. Such include the divide and conquer rule, attacking your opponent at his weakest point, understanding your team and utilizing individual strengths, avoiding and protecting weak points in your camp among others.

Soldiers are not civilians who woke up just one day and decided to fight. You have to be physically and mentally fit and also engage in intense training. So does a chess player. To be become a good player and stand a chance of defeating your opponents, you have to learn and practice chess moves and tactics.

Differences between Chess and War

Some people opine that chess is not like war as there are several disparities between the two when it comes to:

1. Prediction of the Enemy’s Camp

In real war, you may or may not know your opponent’s tactics and weaknesses whereas in chess it’s laid out for you in plain sight. You can see loopholes in your opponent’s side and even speculate on their next move.

“There are no absolute rules of conduct, either in peace or war. Everything depends on circumstances”. – Leon Trotsky

In the Geneva Conventions and Hague Conventions, there are laid out rules that govern wars. However, these are rarely applied in real war. Most countries would rather commit war crimes, if it helps them win, then later suffer the consequences of not adhering to the rules. Whereas in chess, the rules are essential and define the game. Without them, chess loses its meaning.

At the beginning of a chess game, both opponents have an equal number of pieces and almost an equal chance of winning. However, in war one of the sides may have an advantage over the other when it comes to the number of fighters, skills, weapons, equipment, technology and the like.

In chess, every player gets a chance to make their move. You can only attack or respond to an attack after your opponent makes their move. On the other hand, there are no rules when it comes to attack or defense in war. Either of the sides can attack whenever and wherever they want to.

In chess, once you capture (checkmate) your opponent’s king, the game is considered over and you the winner. That doesn’t apply to war. Inasmuch as capturing or killing the leader of the pack is a big deal, it may not signify the end of a war. The winner usually emerges after the opposite side grows too weak to fight or has lost more.

The arrangements, ranks, tactics, and participants in the medieval wars may be similar to chess, but not those in modern times. There have been massive advancements in wars thanks to factors like technology. Soldiers no longer line up and arrange themselves in ranks when attacking their enemies. Attacks can happen anywhere, anyhow – as the opponents try to outwit each other.

7. Significance of Outside Forces

In Chess, only the two opponents matter and take part in a game. The victory of either party is determined by their individual strengths. In war, outside forces such as political influence play a huge role in determining who emerges winner.

As seen above, modern chess bears more similarities to wars in medieval times than to those of modern times. This can be attributed to the advancement of factors such as technology, weapons, knowledge, skills, and tactics used, just to mention a few. Therefore, chess represents a way of life that no longer exists hence is now considered only a game. 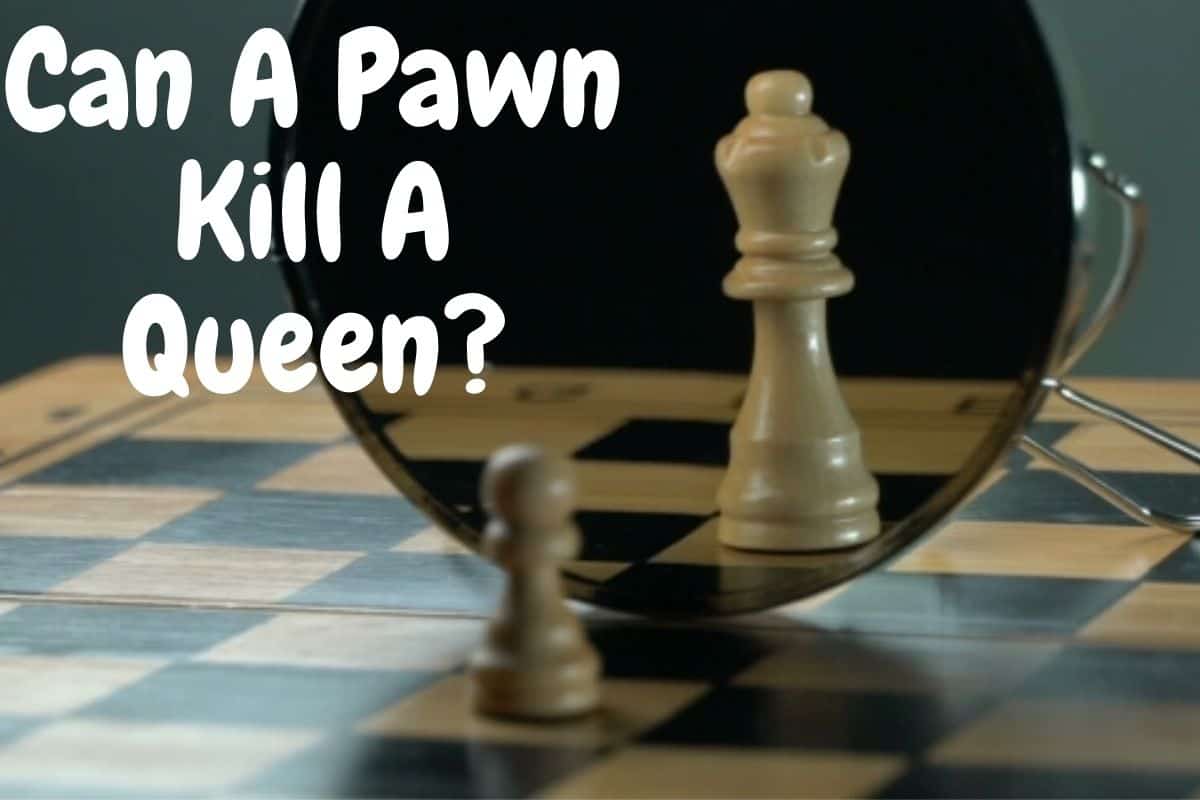 Can A Pawn Kill A Queen?

Pawns are the least powerful piece on the board, they are only valued 1 point because of their restricted movement. The queen however is the most powerful piece and can control a total of 28 squares carrying it’s value to a whopping 9 points. Due to their contrasting differences, it makes us wonder can the […] 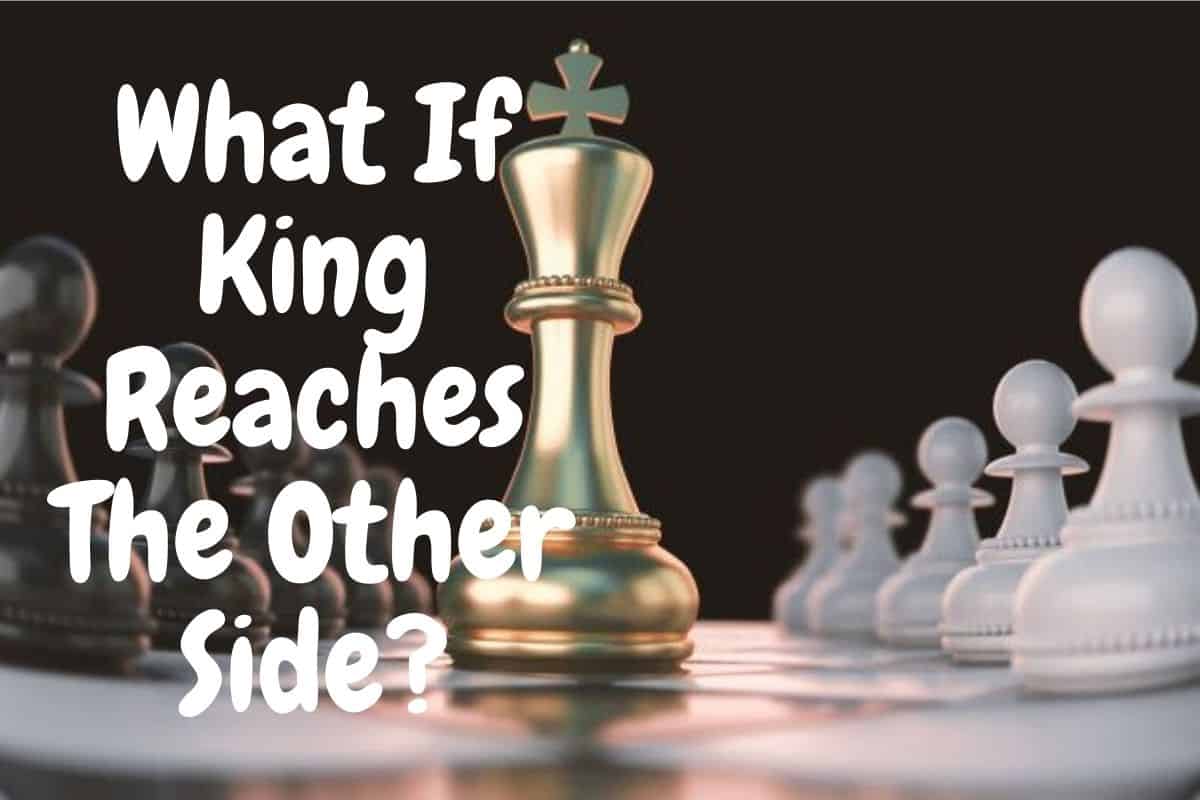 The other side of a chess board is often referred to as the back rank or 8th rank. In chess, a magical thing happens when a pawn manages to land on the other side of the board. It is promoted to a major or minor piece. Most chess players prefer to promote it into a […] 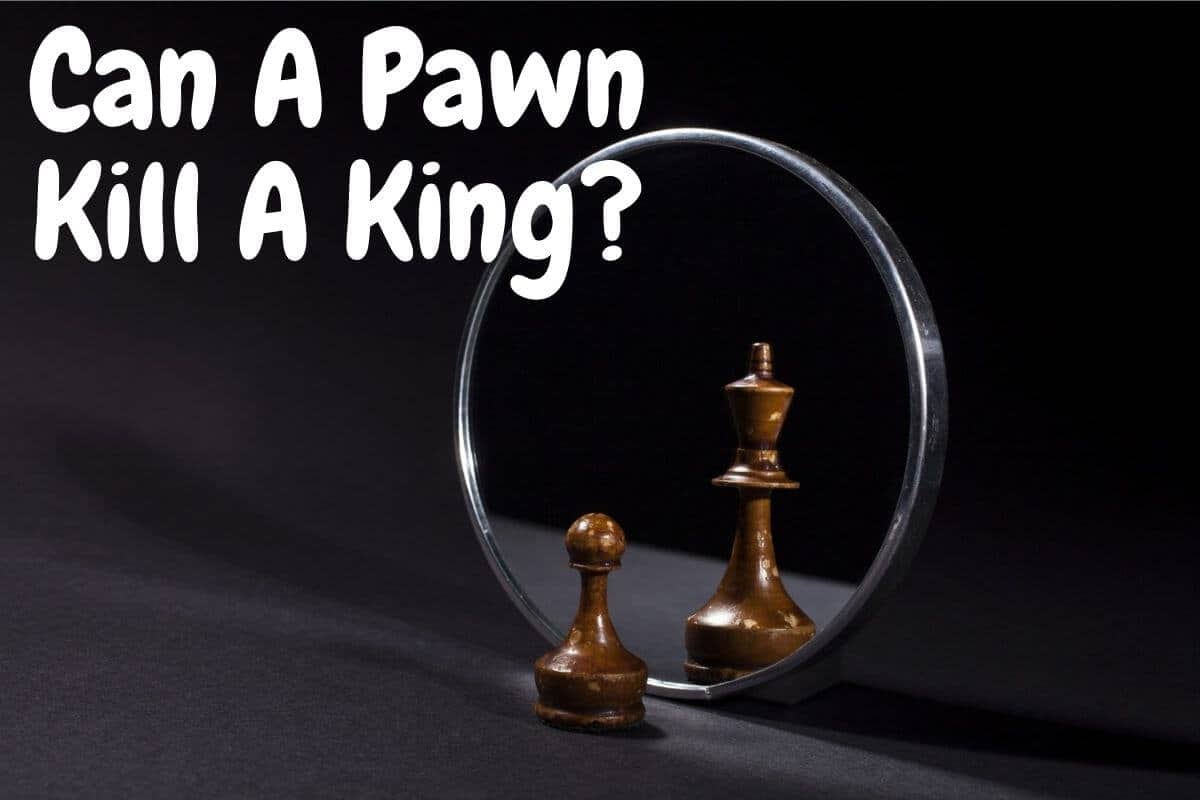 Pawns are deemed as the least important piece in chess because they are only worth 1 point. Their movement are restricted to only one square forward. On the other hand, the king is the most important piece on the board since the death of the king  means the loss of the game. Due to this […]