What is En Passant in Chess? 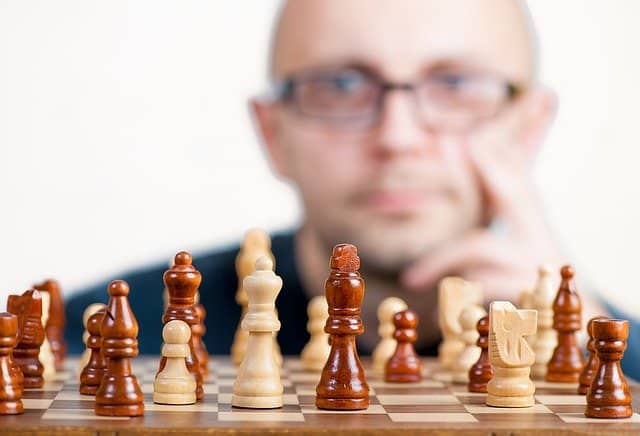 En passant is one of two special moves in chess apart from castling. The French phrase “En Passant” means “In Passing”. It’s a special way that pawns capture pawns. It is also the trickiest rule in chess!

How Do En Passant Work?

So what does an en passant mean in chess? The laws of chess state that a pawn attacking a square crossed by an opponent’s pawn which has advanced two squares in one move from its original square may capture this opponent’s pawn as though the latter had moved only one square. This capture can be made only on the move following this advance.

In other words, if a pawn makes a double jump and lands beside one of your pawns, you can take it like it only moved one square. This alternative method of capturing pawns can be quite useful. Here, White has just moved his pawn two squares forward and has landed next to the black Pawn.

The black Pawn is waiting to capture the white pawn. Black has now taken this Pawn on d4 but actually lands one square forward on d3. The white Pawn has been captured by en passant. Remember, the an en passant move has to be made as soon as your opponent’s Pawn has moved two squares forward.  See that Black captures the white Pawn next to it but lands one square forward.

Tips to Remember about En Passant

How to notate an En Passant capture

In a formal tournament or competition, each player has the chance to record the moves they make in chess notation. Captures made by en passant rules are notated algebraically by specifying the pawn structure file with X and then the destination square. The destination square isn’t one of the captured pawns. After the capture, you can add a suffix e.p which represents the en passant. In our previous example, the en passant is notated as cxd6e.p

Don’t forget that although you will not capture en passant very often, it is still an important move to master.

Related Post: How to write chess moves in algebraic notations

En Passant in different stages of the game

The En Passant rule was made up 500 years ago when pawns were first allowed to move two squares. It didn’t seem fair for a pawn to jump safely past other pawns and not give them a chance to take. This special move can happen in any phase of the game and sometimes it can come in very handy if one player advances his center pawn into enemy territory.

1. En Passant in the Opening

What should you do as White? Well, there are a few options:

These are all logical moves, and each one should be carefully evaluated. However, the best move in this position for white is to play the Bishop to b5. This maintains the attack on the Black Knight and later white can recapture in the center via cxd4. White will have a strong center

This move only gives Black a pawn and makes us question the sacrifice of the d pawn. More importantly, white surrendered the center and has no compensation for the d pawn. Capturing by En Passant only gives black the advantage here. This is one case where you should not en passant.

The Scotch is one of my favorite opening choices. In some lines, such as the Scotch Gambit, the white player can capture black’s d pawn by en passant. The mainline of the Scotch Gambit opens with 1.e4 e5 2.Nf3 Nc6 3.d4 exd4 4.Bc4 Nf6 5.e5 d5!

This is almost similar to our last example of the Giuoco Piano and the white Bishop is being attacked again. White can capture black’s d-pawn by en passant (6.exd6e.p) But, like in our previous example, White has only lost a pawn and surrendered the center.

Instead, he should maintain his attack by pinning the c6 Knight with his Bishop via 6.Bb5 and later recover back his pawn with Nfxd4.

2. En Passant in the Middlegame

The middle game is the most exciting stage of the chess game filled with tactical combinations and strategies. It’s where the true strength of a chess player is revealed. En passant can occur during the middlegame and perhaps presents itself the most frequent in this stage of the game.

Here is an example of the classic Bishop sacrifice, a gift from White to Black. 1.Bxh7+ Kxh7 2.Ng5+ White maintains his attack against the black King and forces him to make a few decisions. For the sake of staying on topic, we would only be looking at line 2…Kg8.

2…Kg8 is also the strongest reply to the Greek Sacrifice. This is the line where en passant presents itself which we will soon see. 3.h4 This is the strongest move here; in other cases 2…Kg6 may be best met by 3.Qg4

It’s important to note that this attack would never have been successful if it wasn’t for exd6e.p en passant. This goes to show us how important it was for the attacking player to have prior knowledge of this special move. Now that you know how important en passant is in the opening and middle game. Let’s take a look at one example in the end game where this special move presents itself.

En Passant in the Endgame

This is a king-pawn end game and it appears that white is in some major trouble. With nothing left on the table, white played the move 1.h4. If Black should reply with 1…a5 with the attempt to win the pawn race, he would find himself on the losing end.

The white pawn will simply promote first and the Queen on h8 will control the queening square at a1. This would be unfortunate for Black. The black g-pawn would feel cheated then because the h-pawn was allowed to sneak by him! However, justice is served thou when he takes en passant with 1…gxh3e.p

Looking at the position, it didn’t seem fair for the pawn to jump safely past black’s pawn and not be given the chance to take. This may have been the reason why en passant was made 500 years ago.

By now you should know what is an en passant in chess and how to make this special move during your games. En-passant is an extremely important move in chess that should not be taken lightly. In some cases, en passant can help you open up lines for your long-ranged pieces and deliver attacks against your enemy position or King.

At times, I am surprised when a high-rated chess player asks me, what is an en passant? I believe all chess players at different levels must have knowledge of this special move because they will encounter it sometime in their chess career. If you haven’t completely grasped the concept of en passant, then make sure you read over this article in full.

En Passant is a legitimate special move in chess so long as it’s made on the very next turn. If a pawn makes a double jump and lands beside one of your pawns, you can take it like it only moved one square.

How many times can you  En Passant?

En passant can be made once with each pawn sitting on the 2nd or 7th rank. This means if a pawn makes an en passant once, then it can never en passant ever again. 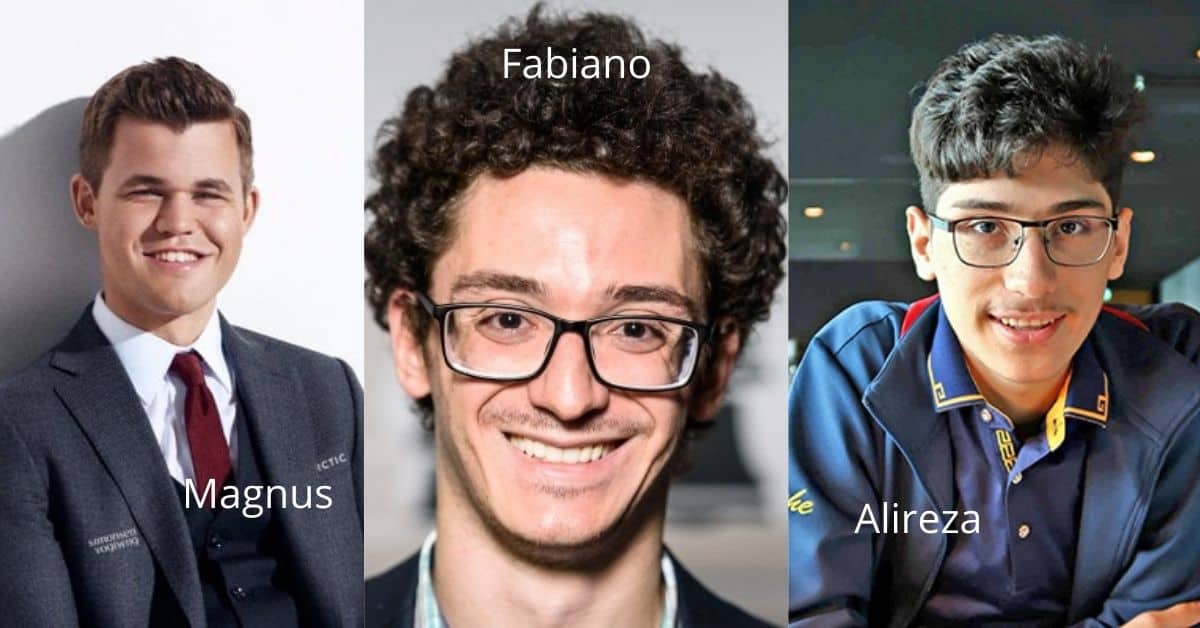 The grandmaster title is the most prestigious award in chess. It is handed to players who have demonstrated stellar performance at the top level and have met FIDE requirements. Some of your favorite grandmasters today have earned this title from an early age. For example, World Champion Magnus Carlsen, Fabiano Caruana, Alireza Firouzja, Praggnanandhaa and […] 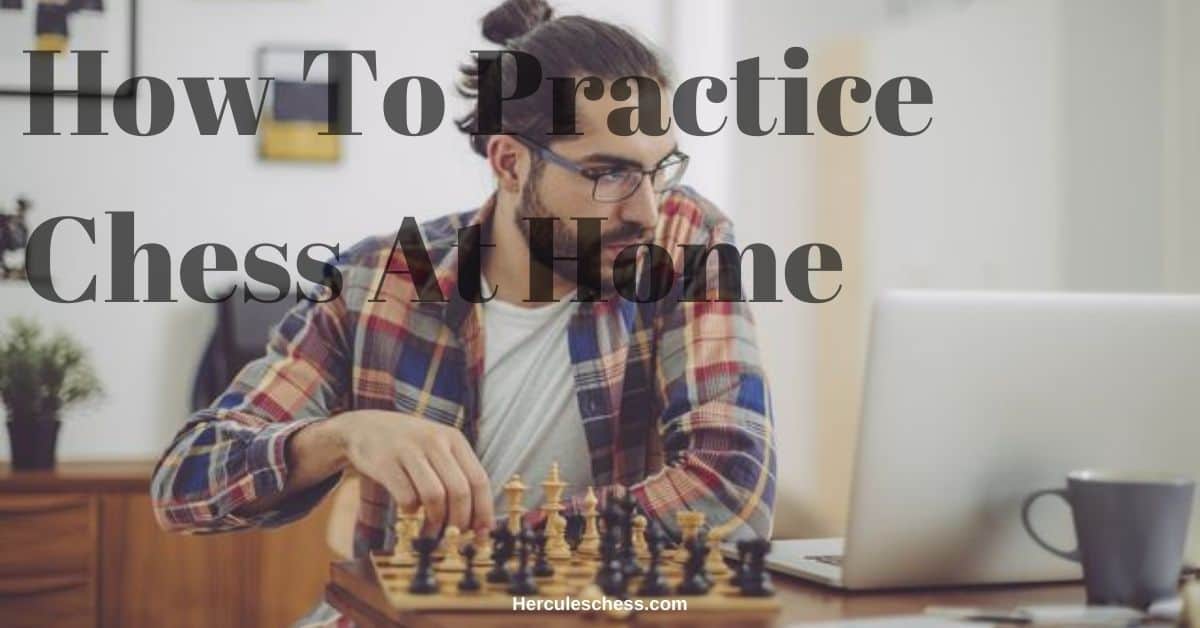 How To Practice Chess At Home? Self Taught Master Guide

Being at home by yourself is actually the best time to learn and play chess. You don’t need a coach nor a playing partner to begin practicing. All you need is the correct training system and you’ll be on your way to becoming a self taught master! In this article I’ve put together 8 tips that will […] 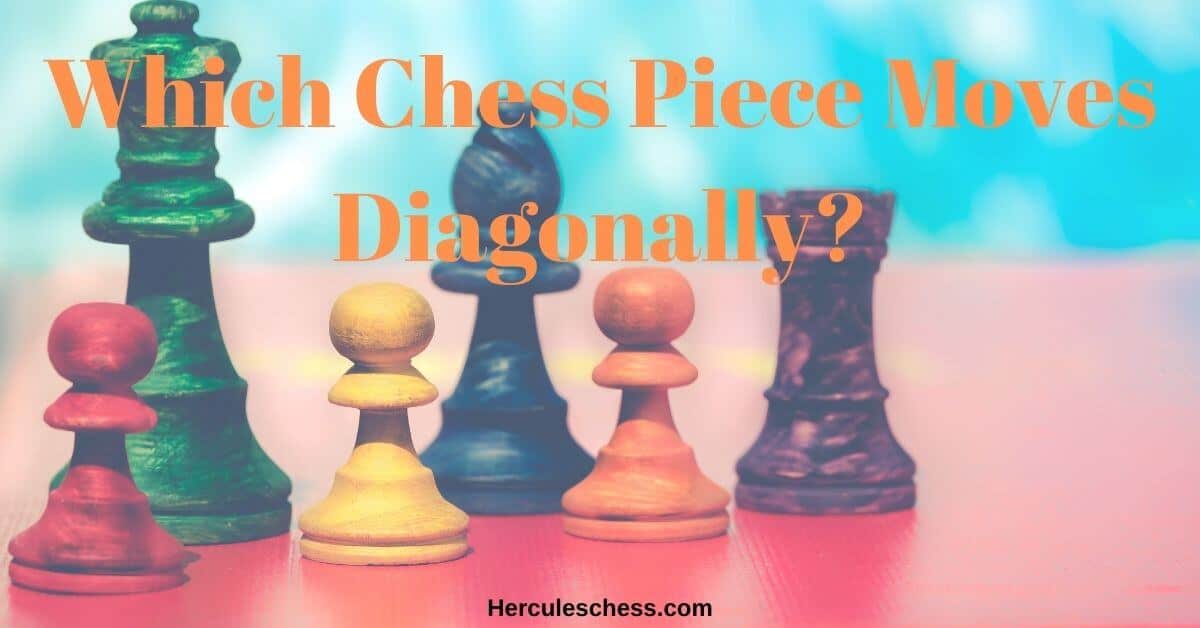